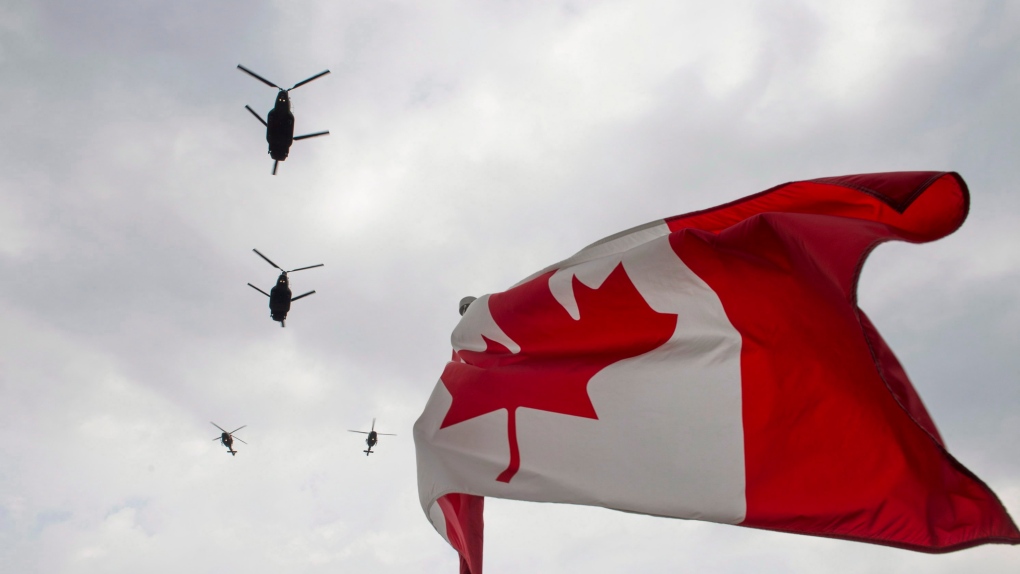 Canadian Forces CH-47 Chinook helicopters participate in a flyover of Parliament Hill in Ottawa on Friday, May 9, 2014. (THE CANADIAN PRESS/Justin Tang)

A court martial began Monday for an Edmonton reservist accused of making racist remarks as well as observing fellow reservists while they showered.

Cpl. Gordan Reid, a combat engineer, is charged with four counts under the National Defence Act: two counts of cruel or disgraceful conduct and one count each of abuse of subordinates, and conduct to the prejudice of good order and discipline.

The charges follow a series of three alleged incidents at the Debney Armoury in Edmonton that occurred in June of 2019.

Reid is accused of observing a fellow reservist in the shower and later ordering a reservist to shower with him.

He’s also accused of making racist remarks about Indigenous Canadians to an Indigenous reservist in a separate incident.

Reid pleaded not guilty to all four charges on Monday.

The court martial proceedings are scheduled for two weeks.

Ten children in Canada were found to be suffering from acute severe hepatitis not caused by a known hepatitis virus over a nearly six-month period recently, the Public Health Agency of Canada announced Friday.