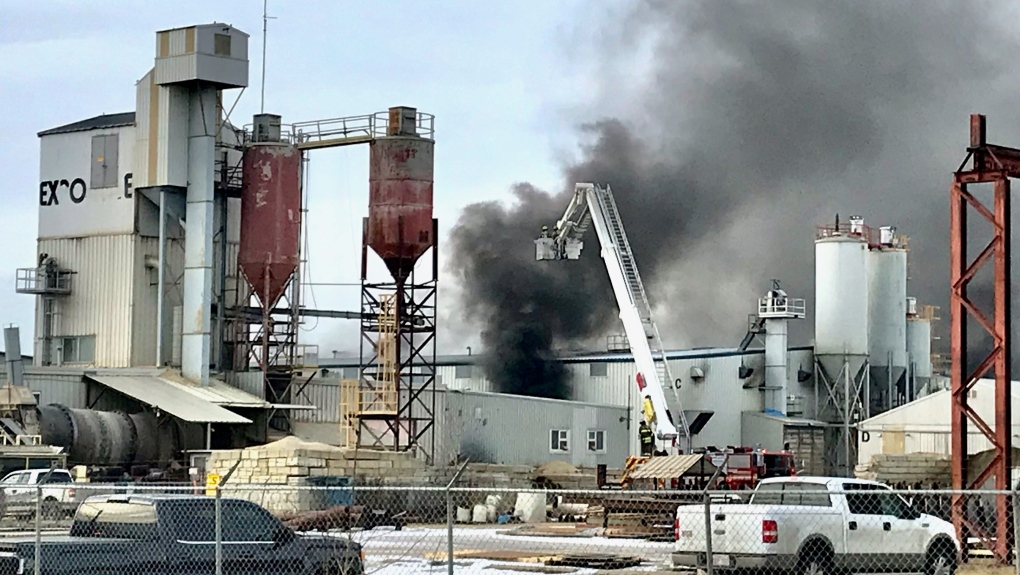 Crews responded to a fire at the Expocrete Manufacturing Centre west of Edmonton on Wednesday, March 3, 2021. (Sean Amato/CTV News Edmonton)

EDMONTON -- Thick black smoke poured out of the Expocrete Manufacturing Centre west of Edmonton Wednesday afternoon as firefighters battled a blaze inside.

Crews could be seen monitoring the fire from a ladder truck above, while firefighters attacked the flames through an entrance obstructed from the main road.

The call came in around 3:30 p.m. and RCMP, Parkland County Fire Services, Peace Officers, ATCO and Fortis were all on scene.

“Crews arrived to find heavy smoke emitting from the structure. They had a kilning room that has styrofoam walls that ignited,” Parkland County Fire Chief Brian Cornforth said.

“Crews did an interior attack and took in large volume water, and extinguished the fire and then began ventilation on that fire,” Cornforth said just before 5 p.m.

There were no injuries to Expocrete staff or firefighters.