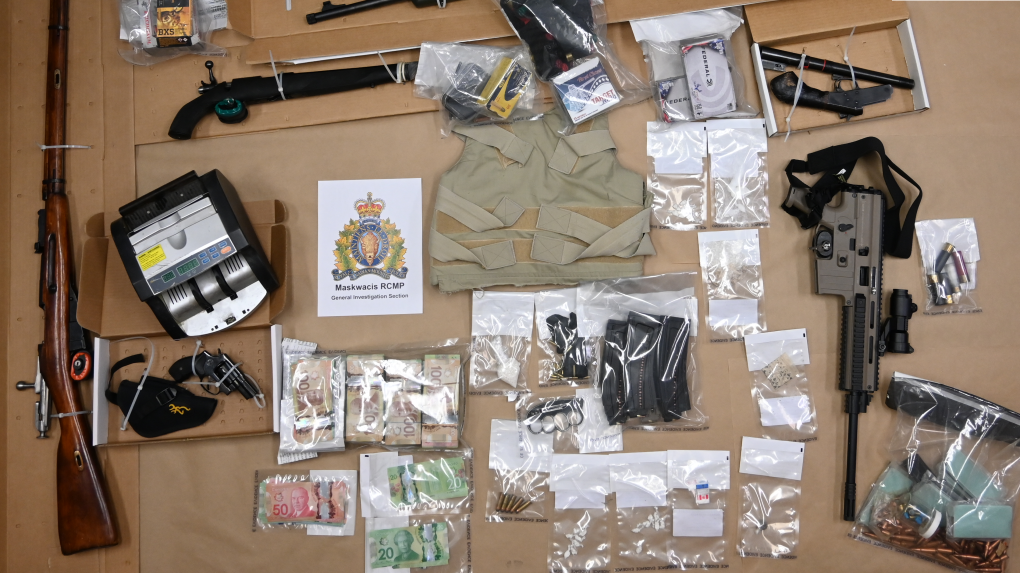 Drugs, weapons and body armour were seized by RCMP. (RCMP)

Two men have been charged after an investigation by the RCMP into a central Alberta drug-trafficking network.

RCMP learned of drugs being trafficked into Maskwacis and parts of Wetaskiwin County in late 2021. It launched Project Mastodon to investigate.

On Wednesday, search warrants at three locations led to the seizure of six long-barreled rifles, a revolver, 45 grams of cocaine, around $38,000 cash, and body armour.

Police say one of the firearms was stolen from a previous break-and-enter in Wainwright.

Thirty-six-year-old Robert Kay and 35-year-old Adam Richardson were both charged with drug offences. Kay has been released on conditions while Richardson was remanded into custody. They are scheduled to appear in court later this month.

Mounties say the investigation continues, and more charges are expected.