Edmonton weather for Dec. 3: Cold air drops in for the weekend

Edmonton weather for Dec. 3: Cold air drops in for the weekend 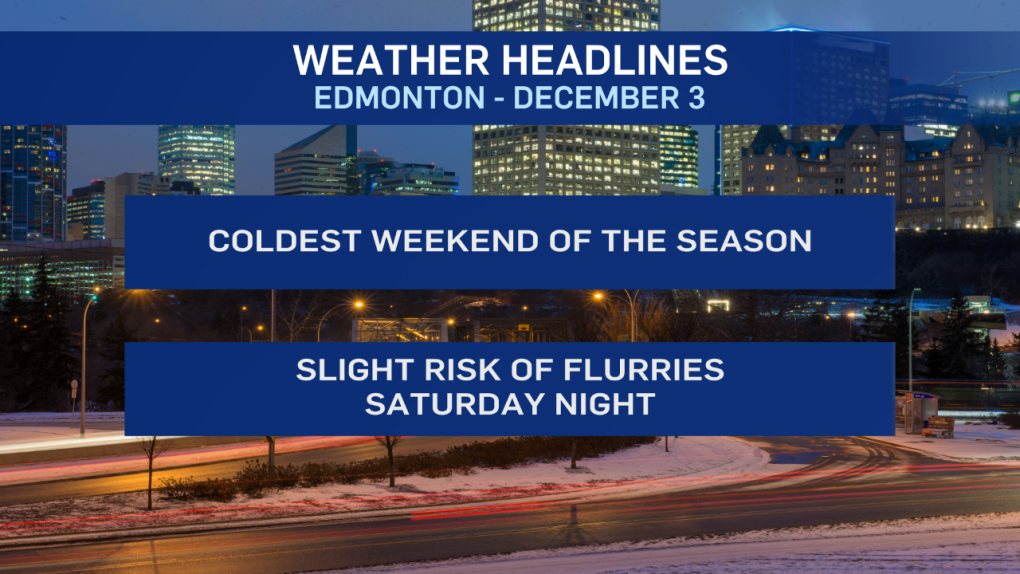 It's shaping up to be the coldest weekend we've seen so far this season.

Edmonton and area is looking at daytime highs in the -5 to -10 C range Saturday and an afternoon high in the -9 to -14 C range Sunday.

So, this will come as a bit of a shock to the system for some as we've gotten accustomed to the milder conditions.

Temperatures will warm up a bit next week. But, it appears we're done with the 3 C to 7 C degree highs that we've had for most of the past week to ten days.

As for snow, there's a good chance of some heavier snow in southern Alberta this weekend.

We'll probably also see some flurries/light snow in the mountain parks and in northeastern Alberta.

The Edmonton region and surrounding areas really doesn't look like it'll be targeted with any significant precipitation.

There's a chance of a few flurries Saturday night. But, it won't amount to much (if we see anything at all).

30% chance of a few flurries in the evening/overnight.

A fire ripped through a packed Coptic Orthodox church during morning services in Egypt's capital on Sunday, quickly filling it with thick black smoke and killing 41 worshippers, including at least 10 children. Fourteen people were injured.