Temperature swing and blasts of precipitation: This is your Edmonton forecast 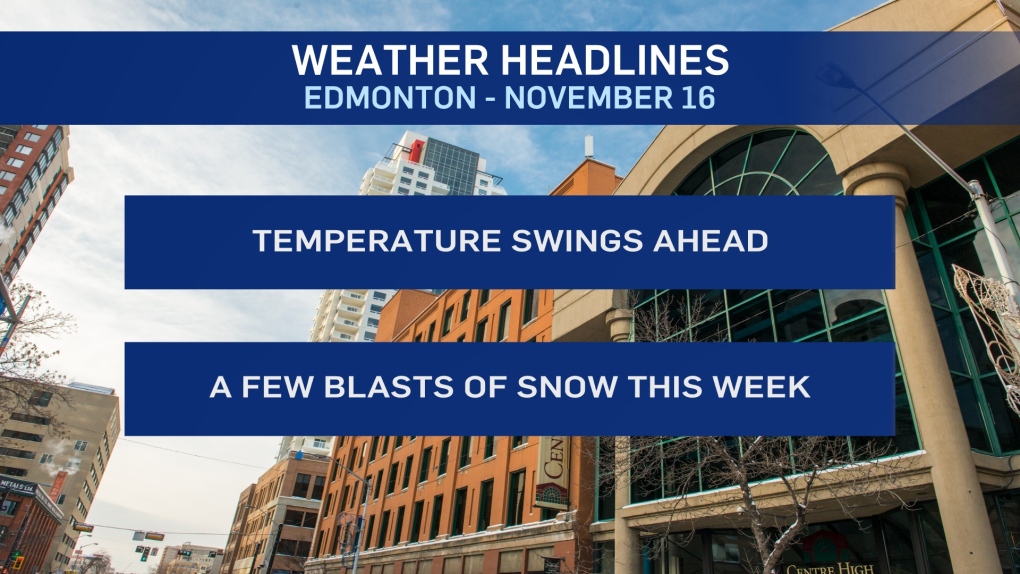 EDMONTON -- Rather than settling into a prolonged warm or cold spell, we're in for some big swings in temperature this week.

We're leaning towards the milder side of that scale today.

Cloudy with a few sunny breaks and areas with fog patches this morning should be done with that by mid-morning.

Temperatures climbing to around -4 and then REALLY warming up tomorrow.

We'll have some snow along that front with the possibility of 1 or 2 cm in the Edmonton region early in the morning.

That snow pushes into northern Alberta by mid-to-late morning.

Heaviest snow will likely be in NW Alberta with 5 to 10 cm possible by the end of the day Tuesday.

Behind the warm front, temperatures jump to a high near or slightly above zero Edmonton and surrounding areas.

But it won't last.

We'll cool slightly Wednesday and then drop to a high near -10 with a good chance of snow on Thursday.