EDMONTON -- In celebration of Indigenous Peoples Day, students from an elementary school in north Edmonton are working on a mural.

“The importance behind every single one of them is to recognize every group,” Michelle St. Jean, a Grade 5 and 6 teacher at St. Gerard, said.

“We want Indigenous peoples to feel important, and today is really important for them to be recognized.”

The City of Edmonton approached the school to take part in the project a while back. After some discussions, the schools faculty collectively decided the best day to execute the project would be on the national day.

“The walls coming down and the kids wanted to commemorate National Indigenous Peoples Day with a little bit of different art,” St. Jean, added. 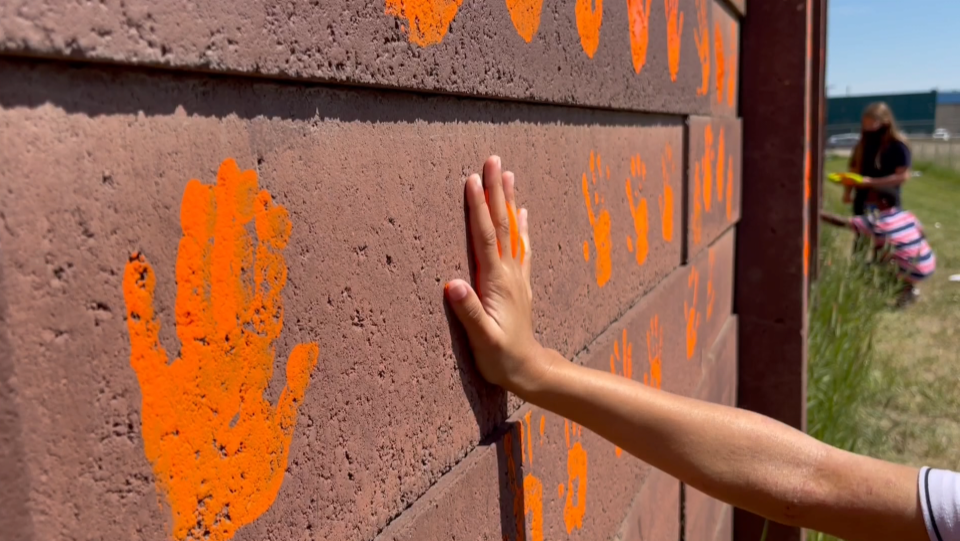 Following the discovery of the unmarked graves of 215 children at a former residential school in Kamloops, B.C., Nadine Gunther, the principal of St. Gerard, said every teacher at the school took the time to tell their class what had happened and the history behind it.

“In order for them to do this, they think it’s quite an honour.”