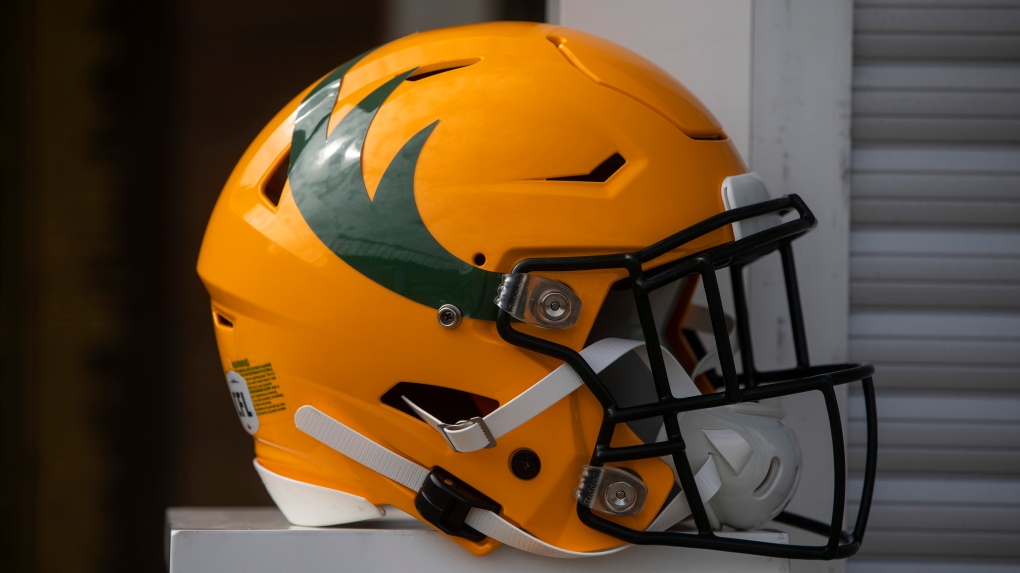 The Edmonton Eskimos unveil their new name and logo, the Edmonton Elks, at Commonwealth Stadium in Edmonton, on Tuesday, June 1, 2021. THE CANADIAN PRESS/Jason Franson

The two were scheduled to become free agents Feb. 8.

Jones, also of Toronto, registered 29 catches for 394 yards and two touchdowns in 11 games with Edmonton in 2021.

Jones spent his first four CFL seasons with Hamilton and has accumulated 130 receptions for 1,866 yards and six TDs in 69 regular-season contests.

This report by The Canadian Press was first published Jan. 20, 2022.

The federal government is banning China's Huawei Technologies from involvement in Canada's 5G wireless network. Huawei and the Chinese government have vigorously denied accusations around the danger of spying, saying that the company poses no security threat.

Canada said on Friday it was imposing additional sanctions on Russian oligarchs and banning the import and export of targeted luxury goods from Russia in response to Moscow's invasion of Ukraine. The new measures would put restrictions on 14 individuals including Russian oligarchs, their family members, and close associates of Vladimir Putin, according to an official statement.

Canada's Chief Public Health Officer Dr. Theresa Tam is expected to provide an update on the COVID-19 pandemic during a virtual press conference on Friday morning.

British royalty and Hollywood royalty came together on the red carpet for the charity premiere of the new Tom Cruise movie, "Top Gun: Maverick," on Thursday night.

Blocking inflammation may be why some pain becomes chronic, study finds