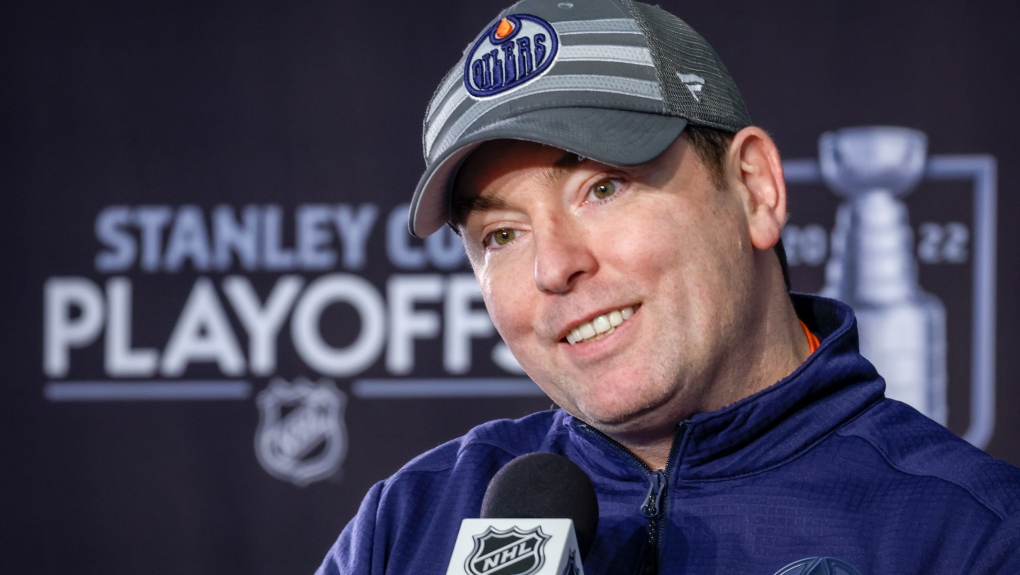 The Edmonton Oilers have signed head coach Jay Woodcroft to a three-year contract extension, rewarding him for leading the team to the NHL Western Conference final.

The Oilers named Woodcroft as the team's interim head coach on Feb. 10 after Dave Tippett was fired following a 7-13-3 run that had the Oilers sitting fifth in the Pacific Division.

The Oilers underwent a rapid turnaround under the 45-year-old Toronto native, winning their next five games by a combined score of 22-8.

Edmonton went 26-9-3 with Woodcroft at the helm for the final 38 games of the regular season — the second-best record in the NHL over that span — and finished second in the Pacific Division.

The Oilers defeated the Los Angeles Kings in seven games to open the post-season, then dispatched the archrival Calgary Flames in five contests to reach the conference final for the first time since advancing to the Stanley Cup final in the 2005-06 season.

Edmonton was swept by Colorado in the western final.

Woodcroft had been head coach of the Oilers’ American Hockey League affiliate, the Bakersfield Condors, since 2018 before being promoted to Oilers head coach.

Prior to joining the Condors, Woodcroft served as an assistant coach with the Oilers for three seasons and the San Jose Sharks for seven seasons.

He also spent three seasons as a member of the Detroit Red Wings coaching staff (2005-08), including their 2008 Stanley Cup championship season.

This report by The Canadian Press was first published June 21, 2022