EDMONTON -- He was the man behind the camera lens for some of the most famous moments in hockey history, including Wayne Gretzky’s first strides in the NHL before becoming a legend. He also captured the iconic image in 1979 of Mr. Hockey Gordie Howe sharing the bench with Gretzky in the World Hockey Association.

Bob Peterson’s career spans nearly five decades. He was the Edmonton Oilers’ official photographer in the late 70s and 80s as the team transitioned from the WHA to the NHL.

“I started with the Oilers but the one thing I did was I always archived the negatives,” said Peterson.

The 76-year-old decided to donate close to 10,000 negatives to the Hockey Hall of Fame.

“Early Edmonton Oilers pictures from the last year of the WHA, first year as a franchise in the NHL. There’s hardly any photography from home games,” explained Craig Campbell of the HHOF.

The collection is considered priceless because few people have seen the negatives that had been locked away in climate controlled storage for over 40 years. 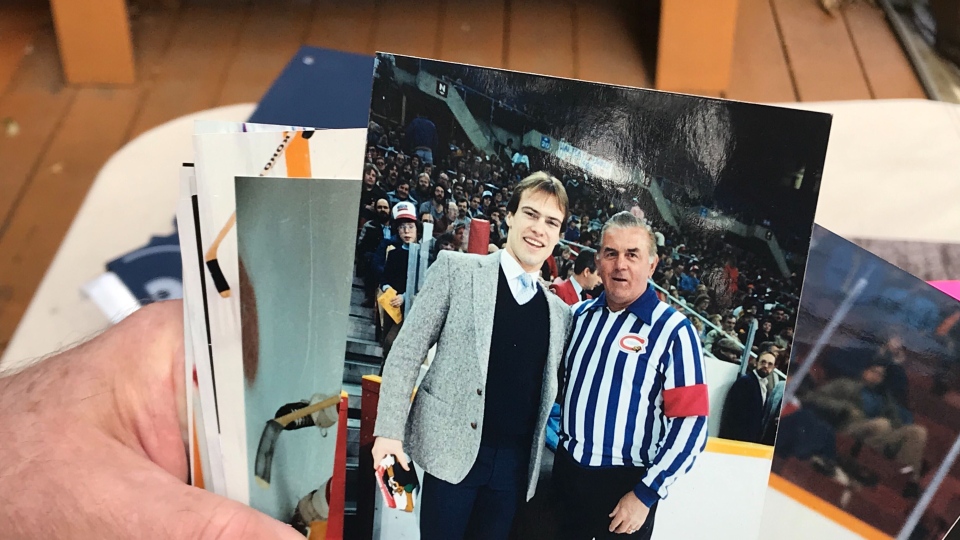 “It was getting to the point that I was getting up at night worried about where they were going to go...nobody else has them,” Peterson told CTV News.

Those sleepless nights are part of the reason why Peterson approached the HHOF.

“I’ve seen some of the photos, but only a few, and I always wondered who took that photo...people perceive this as such a treasure trove,” said Campbell.

Some of Peterson’s camera equipment will also find a place in the HHOF and he finally has some piece of mind that the photos he took care of for decades are safe and sound.

“Those pictures there, your grandchildren, my grandchildren will be able to see... maybe I’ll leave this place just a little bit better.”