A teen from north Edmonton is overwhelmed with gratitude after appearing on a hit U.S. talk show.

“This one comes from our neighbours to the north,” Kelly Clarkson, the host of The Kelly Clarkson Show, said during a segment called # What I’m Liking.

In August, the north side teen was surprised with a new basketball net from his community. Since then he’s received shoutouts from the likes of LeBron James.

Before going live for the interview, Anthony said he was “sweating buckets.”

“It was just a mesmerizing experience,” he recalled. “I was just nervous and excited at the same time because it’s Kelly Clarkson.”

“I’m really proud of him for doing that because before he used to play basketball without a net and now he has a net which is like really cool to see him on that big of a show,” Anthony’s sister Vanessa added. 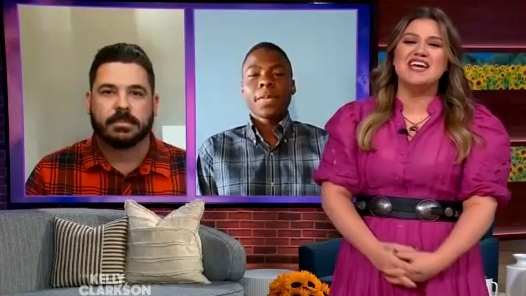 Anthony watched the show with his family when it aired and while it was “tense,” he said it was good to be able to reflect back on how the community helped him get to this point.

“Everybody has done so much for me,” he said.

“They don’t even know me, they don’t know my son, but you see how the story went, everybody came together for him and it really touched my heart,” Anthony’s mom Leticia added.

“It makes me happy to see my brother on TV,” Anthony’s youngest sister Vanelle chimed in. 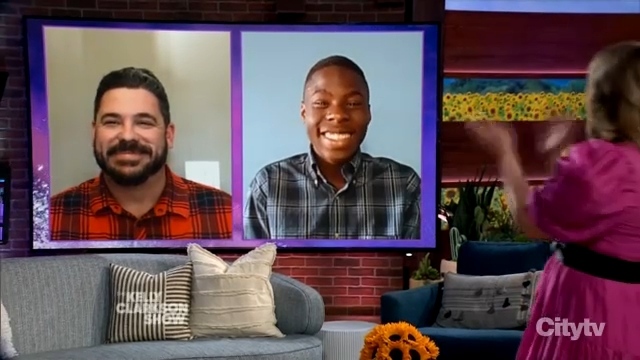 At the end of the broadcast, Clarkson surprised Anthony with a cheque for $1,000 to go towards pursuing his dream of one day playing in the NBA.

“You saw how wide my eyes went,” he laughed. “I didn’t expect that to happen.”