Elks to meet Stampeders in battle of Alberta

Elks to meet Stampeders in battle of Alberta 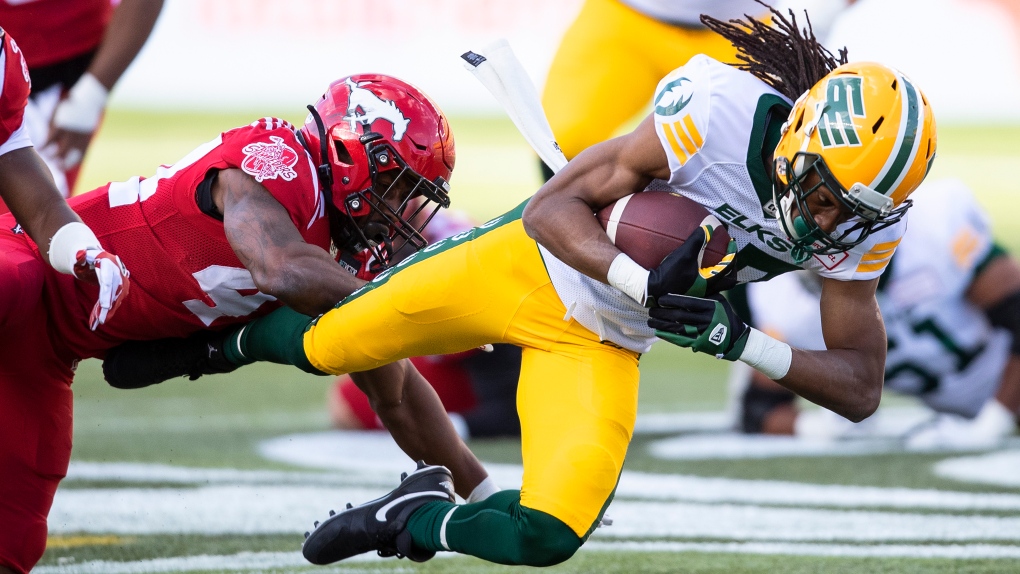 The Calgary Stampeders have won a pair of close games to begin the season, while the Edmonton Elks have dropped a pair of double-digit decisions.

The Stampeders (2-0) look to continue their good fortune at the expense of the Elks (0-2) on Saturday when they host their provincial rivals.

Calgary eked out a 30-27 win over the Montreal Alouettes on June 9 and a 33-30 victory in overtime against the Hamilton Tiger-Cats last Saturday. The Stampeders have surrendered the second-most passing yards this season and face an Edmonton club that signed top wide receiver Kenny Lawler in the offseason.

The Stampeders showed that last Saturday when they overcame a 24-3 halftime deficit against the Tiger-Cats.

Bo Levi Mitchell completed 28 of 42 passes for 313 yards, two touchdowns and one interception in the win for Calgary.

Edmonton, on the other hand, was blown out 59-15 in the season opener against the B.C. Lions on June 11. The Elks were more competitive last Saturday before dropping a 26-16 decision to the Saskatchewan Roughriders.

Nick Arbuckle rebounded from a three-interception performance against the Lions by throwing for 315 yards and a touchdown versus the Roughriders.

"I'm looking forward to going out there and being on the opposing side and being in the visiting locker room and going up against Bo," said Arbuckle, who spent his first two seasons in the CFL with the Stampeders.

"Whenever you get a chance to go up against one of the best quarterbacks in the history of our league, that's a fun challenge."