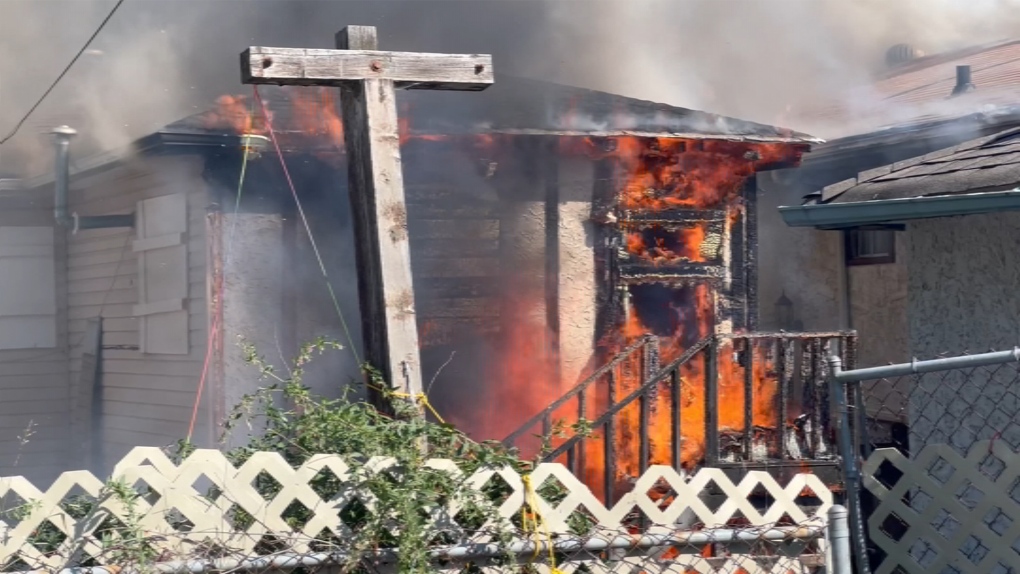 Fire crews respond to the abandoned home on fire in central Edmonton on Saturday, Aug. 13, 2022 (Supplied).

Six fire crews responded to a single-family home west of Commonwealth Stadium that went up in flames Saturday morning.

The home was vacant and boarded up, EFRS added, with no injuries reported.

There is no word on a cause.

An 81-year-old man reported missing in Lower Prospect, N.S. is believed to have been swept out to the ocean during post-tropical storm Fiona, according to the RCMP.

A young man shot a Russian military officer at close range at an enlistment office Monday, in an unusually bold attack reflecting resistance to the Russian leadership's efforts to mobilize hundreds of thousands of men to wage war on Ukraine.

Members of Parliament will be holding an emergency debate in the House of Commons on Monday night, giving MPs a chance to discuss 'the urgent and escalating situation in Atlantic Canada' following the deadly and destructive post-tropical storm Fiona. And, Prime Minister Justin Trudeau is making plans to visit the regions impacted 'as soon as possible this week.'