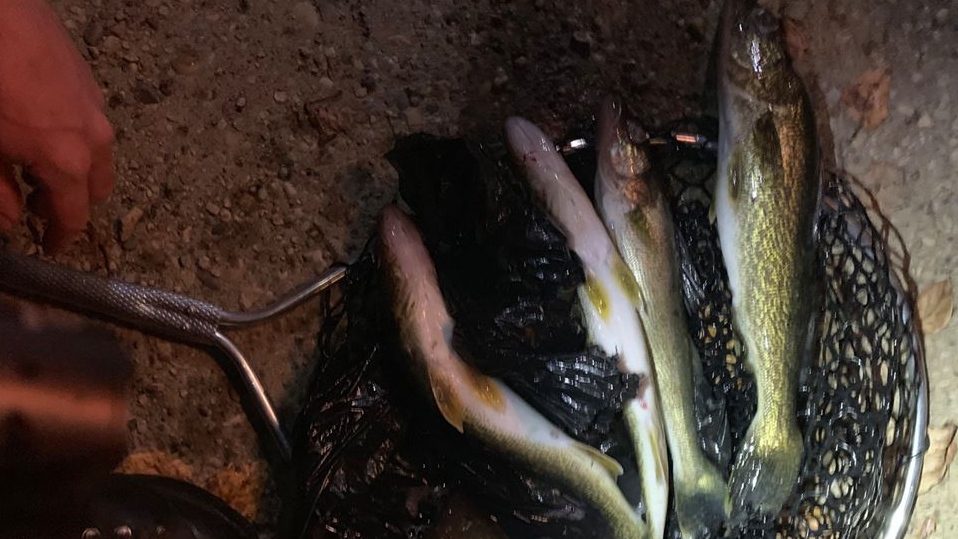 Four walleye fish were confiscated after being illegally caught and kept on Sylvan Lake in September of 2019. (Alberta Fish and Wildlife)

EDMONTON -- Two men have been fined $2,000 each and been suspended for fishing for one year after breaching local limits by catching four walleye fish.

"Possession limits help ensure that only a sustainable amount of fish is taken from the water," Alberta Fish and Wildlife wrote in a Facebook post.

"This way, population numbers don’t drop too low, or in certain cases, are able to recover."

Sylvan Lake has a zero limit for walleye and northern pike.

Bioko and Osinchuk were on the water at Sylvan Lake on Sept. 21, 2019 when their boat was approached by wildlife officers conducting angling checks, according to Alberta Fish and Wildlife.

AFW says Bioko saw the officer and dumped a black garbage bag overboard and into the lake. Officers retrieved the bag and found four walleye and a large rock inside the bag.

Both men admitted to catching and keeping two walleye each, according to AFW.

AFW asks anyone who witnesses or has information on illegal or suspicious hunting or fishing to contact them.

A previous version of this story mis-identified the individual who dumped the garbage bag into the water. It has been corrected to the proper name.