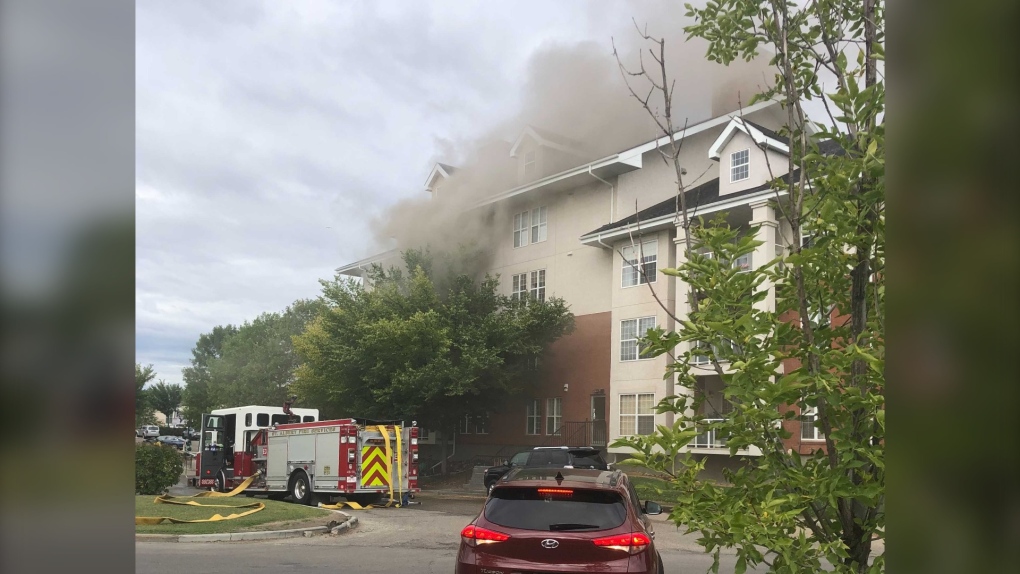 The Sierras of Inglewood building in St. Albert caught fire on on Sept. 7, 2021 (Miriam Shank)
Edmonton -

About 100 units of a St. Albert condo building were evacuated after flames broke out Tuesday morning.

The fire appeared to be contained to the top floor of the Sierras of Inglewood building.

A bus was called in for residents who were also been given the option of staying at the St. Albert Inn.

The fire is under control, the City of St. Albert told CTV News Tuesday afternoon, and crews are still on scene.