A recent study from the University of Alberta has found firefighters who battled the Fort McMurray wildfire are twice as likely to develop asthma.

Researchers recruited more then 1,200 Alberta firefighters after the 2016 wildfire to assess long-term effects caused by long periods of particulate exposure.

“Those who were dealing with burning organic matter were exposed to a barrage of small particles in the smoke, and the ones with the highest exposure have long-term consequences,” Nicola Cherry, an occupational epidemiologist and the principal investigator, said.

According to Cherry, one-in-seven firefighters continued to have chronic issues after the blaze was extinguished. She said many of the firefighters didn’t have specialized lung protection equipment or were not able to wear it while fighting the wildfire.

“It’s very difficult to rush uphill pulling equipment behind you if you have a heavy mask on that doesn’t let you breathe,” she explained.

“The firefighters from Fort McMurray were the people that were there first, and it was their city, and they were very concerned to save as much of it as they could.” 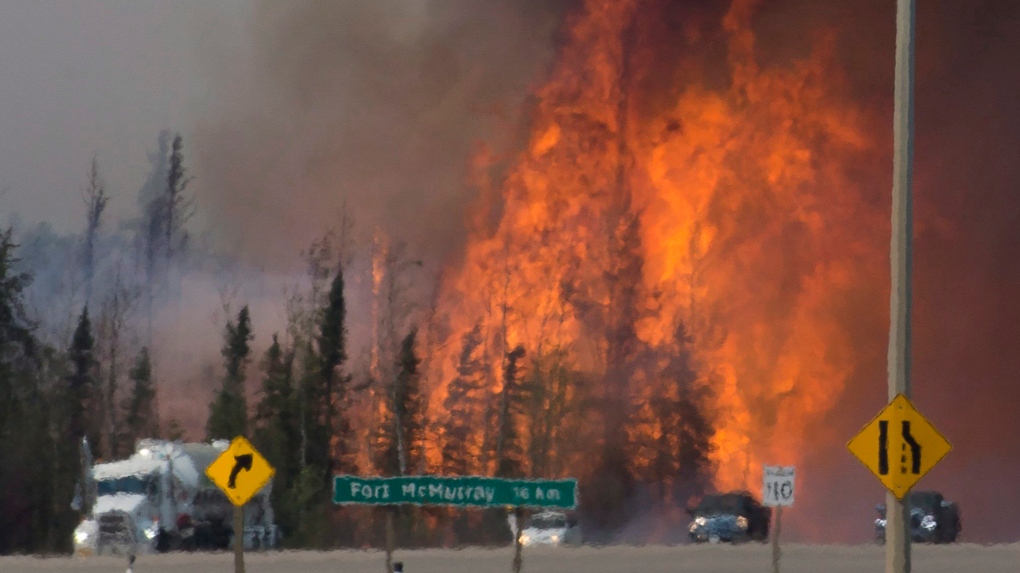 Heat waves are seen as cars and trucks try and get past a wild fire 16km south of Fort McMurray on Highway 63 Friday, May 6, 2016. (Jonathan Hayward / THE CANADIAN PRESS)

Cherry told CTV News Edmonton she modelled her research on studies that followed the respiratory health of first responders following 9/11.

“It’s not easy to do this kind of study during a catastrophe,” she said.

“At the World Trade Center, the exposure was mainly to inorganic dust, whereas in Fort McMurray it was burning vegetation, as well as buildings. It’s interesting that we saw similar results from very different exposure.”

'YOU DON'T WANT TO PUT YOUR ESSENTIAL WORKERS IN DANGER'

The U of A research team has looked at three main sources of evidence about the lung health in firefighters before and after a fire. They assessed health records, age, sex, geographic location and health status.

According to Cherry, the team also measured the firefighters’ lung function. Some of the firefighters with no history of chronic respiratory disease or smoking were randomly selected for clinical follow up, including CT scans and methacholine challenge testing, used to check for asthma.

“This study shows clearly that it is possible for exposures to cause changes in the lung that don’t get better over time,” she said. 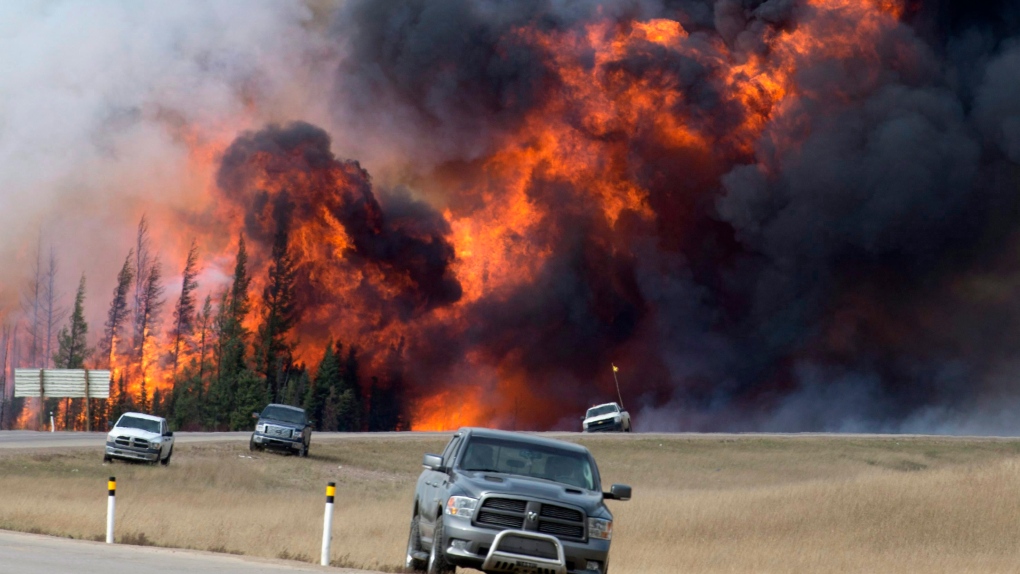 In this May 7, 2016 file photo, a wildfire burns south of Fort McMurray, Alberta. (Jonathan Hayward /The Canadian Press via AP, File)

As wildfire season ramps up during the summer months, Cherry told CTV News people become very dependent on the work of firefighters as they are essential in protecting all of us.

“You don’t want to put your essential workers in danger,” she said.

Cherry said she will continue to study the occupational health of firefighters in the hopes of recommending ways to make their work safer.

She’s now studying whether wearing a mask or washing skin more often could reduce exposure to chemicals from smoke.

“We are trying to come up with clinical indicators that could be helpful to firefighters whose lungs have been damaged.”

A long-serving member of Parliament was stabbed to death Friday during a meeting with constituents at a church in England, an attack that united Britain's fractious politicians in shock and sorrow. A 25-year-old man was arrested at the scene.

Forty-seven employees at Ottawa's Children's Hospital of Eastern Ontario have been placed on unpaid leave for failing to comply with its mandatory COVID-19 vaccination policy.

An Ontario couple sued because they wrote a bad online review about a window company have been awarded more than $166,000 after a judge found they were bullied over it.