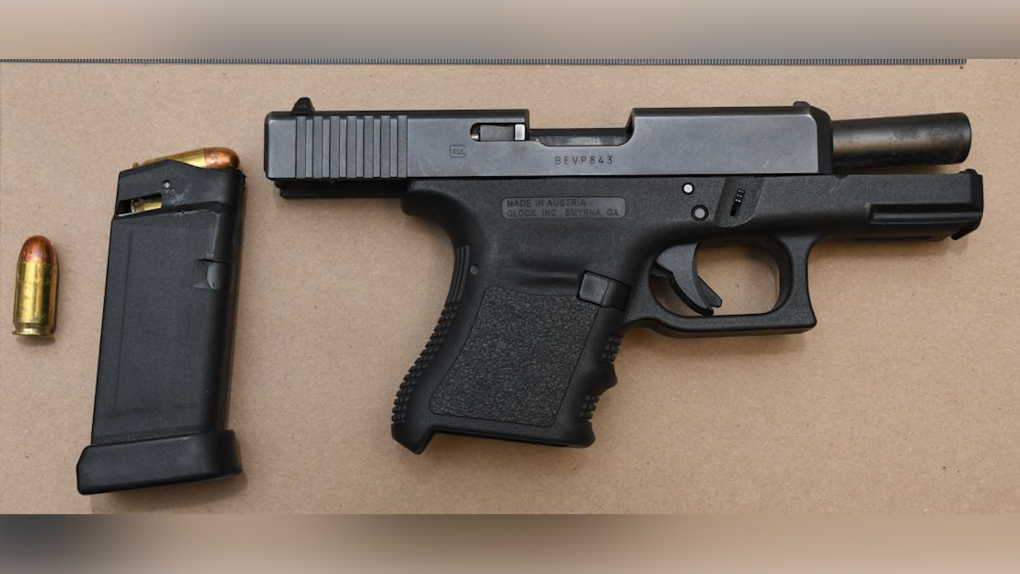 A loaded semi-automatic pistol seized in a restaurant by police. (Source: Edmonton police)

Edmonton police announced Tuesday that officers seized a prohibited and loaded gun from a man in a downtown restaurant over the weekend.

On Saturday around 11:15 p.m., officers from the gang suppression team were doing a “proactive” walk through a restaurant near Jasper Avenue and 118 Street.

“While executing their duties, officers observed suspicious behavior amongst a group of individuals resulting in a 31-year-old male from the group subsequently being arrested for obstruction,” said Edmonton Police Service in a news release.

After arresting the man, officers searched him and said they found the semi-automatic pistol in a bag strapped around the man’s chest.

Yassir Shire is charged with several offences, including:

“This arrest illustrates the prevalence of illegal firearms in our communities,” said Staff Sgt. Eric Stewart in the release.

“This incident is particularly concerning as this loaded firearm was inside a restaurant that families frequent.”