A candlelight vigil was held Saturday night for an Edmonton woman who's been missing since July.

Nicole Frenchman, 23, was last seen in the Kingsway area north of the Royal Alexandra Hospital almost nine months ago as she got into a grey pickup truck. At the time, Frenchman was 10 weeks pregnant.

Brandilyn Cardinal and Samantha Bourque grew up with Frenchman and told CTV News Edmonton that the vigil is being organized to ensure no one forgets about her.

"She was loving, caring, outgoing, (and) funny," Bourque said. "She'd always make everybody smile and laugh."

"(It's) just frustrating not knowing what happened to her," Cardinal added. "Nothing's been done since she's been missing."

For Cardinal, it was shocking to see her friend's face on a missing person's poster.

"You see so many missing people," Cardinal said. "But to see the face of someone you actually know, you don't believe it."

Kiesha Monias, Frenchman's sister said the worst part is not knowing what happened.

"I just wish I could find her really soon," Monias said. "I was really, really close with her.

"It makes it even more harder where we're not getting no answers," Monias added. "No help. It seems like everyone's forgotten." 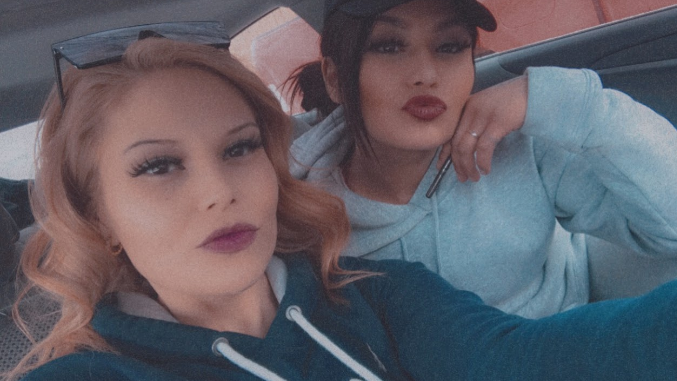 In October, police ruled Frenchman's disappearance as suspicious. Since then, Monias said there have been no updates from officers.

"It sucks to say, but I know that she's obviously not here with us anymore," Monias told CTV News Edmonton. "I just really want to know where she is."

That's why friends and family continue to say Frenchman's name and raise awareness, hoping she will come home.

"Her case has just gone cold," Cardinal said. "No one even knows her name anymore, it seems like."

"It is really frustrating because they look at her like another street person, another person gone," Bourque said. "Seems to me like everyone has just forgotten about her and just shrugged it off as another missing and murdered Indigenous woman."

CTV News Edmonton reached out to the Edmonton Police Service for comment.