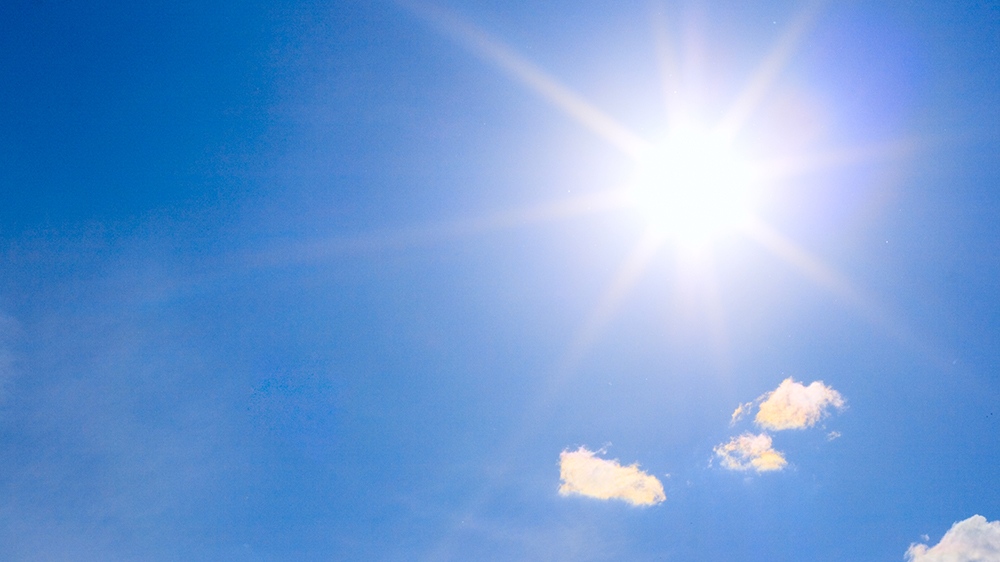 EDMONTON -- A potentially record-setting heat wave will begin in Alberta over the next two days.

The heat wave will be historic for both temperatures and length.

Prior to Tuesday, Edmonton hadn’t hit 30 degrees in June since 2015. Now, we could end June 2021 with six 30-degree days. The hottest days will likely be Mon/Tue/Wed with daytime highs in the mid 30s.

Sunday, Monday and Wednesday are all potential single-day record-setters in the city.

The other record that might fall is the “consecutive 30-degree days” mark.

June 2-7 in 1961 was the city’s longest stretch of days hitting 30 degrees. If we get to 30 on Saturday and next Friday, we’ll break that record and go seven straight days with highs 30 or hotter. 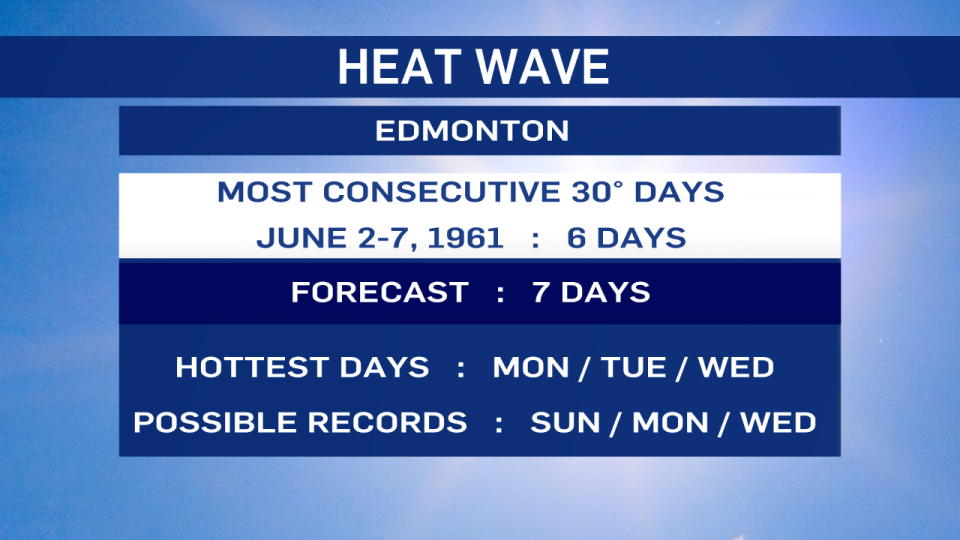 Elsewhere around the province, numerous daily records will fall and there’s the potential for some spots to hit their all-time hottest recorded temperatures.

Heat warnings will be issued by ECCC in the coming days and will likely remain in place through most of next week.

This will be a dangerous heat event, particularly for elderly Albertans and those with underlying health issues. The lows are forecast to be in the 17-to-20-degree range, so there won’t be any relief from the heat. You should be making a plan and preparing now for ways to stay cool and hydrated over the course of the next week.

Aside from the health risks, the wildfire risk will be extremely high, especially across northern Alberta. There’s no sign of any significant moisture over the next 4 to 7 days in the vast majority of the province.