Horses seized from Alberta woman go up for auction 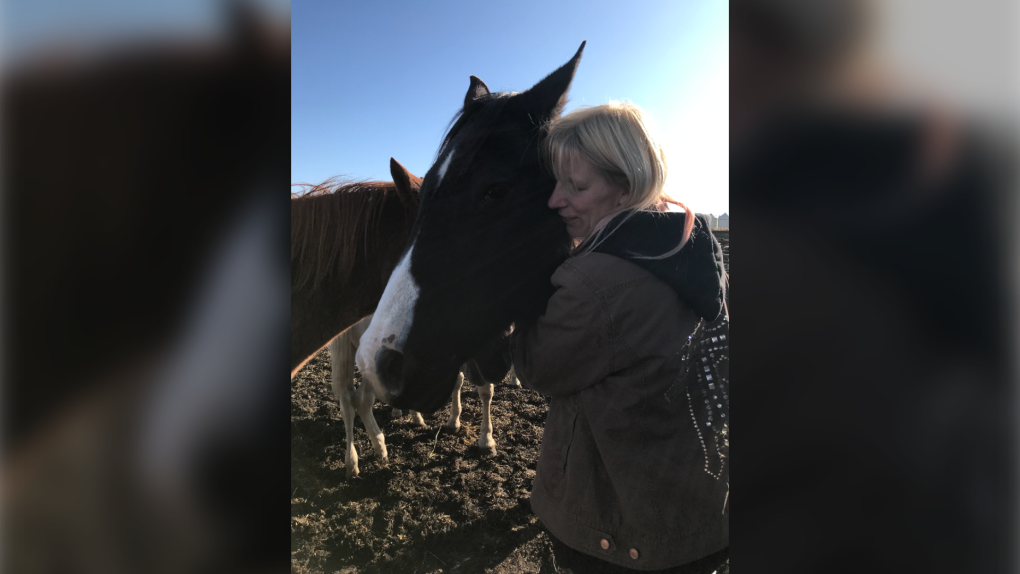 Tammy Jack was reunited with her horse after it was seized in a neglect investigation earlier this year. Oct. 19, 2019. (Supplied)

It was an emotional day at an Alberta auction house as some of the horses seized in a high-profile neglect case were reunited with their former owners.

Police and SPCA seized 65 horses from a ranch in Parkland County in January after three horses were found dead on the property.

Patricia Moore, 48, was initially charged with 63 counts of permitting or causing unnecessary pain, suffering or injury to animals.

About 35 of the seized horses went up for auction in Westlock Saturday.

Advocate and Canadian Quarter Horse Association director Brenda Belanger said some of the once-starving horses were reunited with people who owned them before Moore.

"Today was a bittersweet victory as some of the horses were gifted back to the owners, as well as some of these horses have an opportunity of finding a forever loving home," she said.

Other owners who were unable to get the horses gifted back instead bid on them to prevent them from going to slaughterhouses, Belanger said.

"It is a very emotional time whether you had one of your horses seized in the auction or whether you were trying to reach out and help these horses," she said.

Many of the horses were in markedly better condition than when they were seized earlier this year.

On a body condition scoring system from 1-9, the ideal weight is around a 5, Belanger said.

"These horses were two or under, which is very low, very malnourished," she said. "Now thanks to the care of the veterinary and all that were involved…the horses would probably scale somewhere around a three to a five depending on the horse."

Belanger and other animal rights activists say they want to see the province stiffen its penalties for convicted animal abusers.

In 2012, Moore was found guilty of allowing horses in her care to be in distress. She was fined $1,500 and handed a five-year prohibition on owning or caring for more than two horses.

No trial date has been set for the latest charges against her.