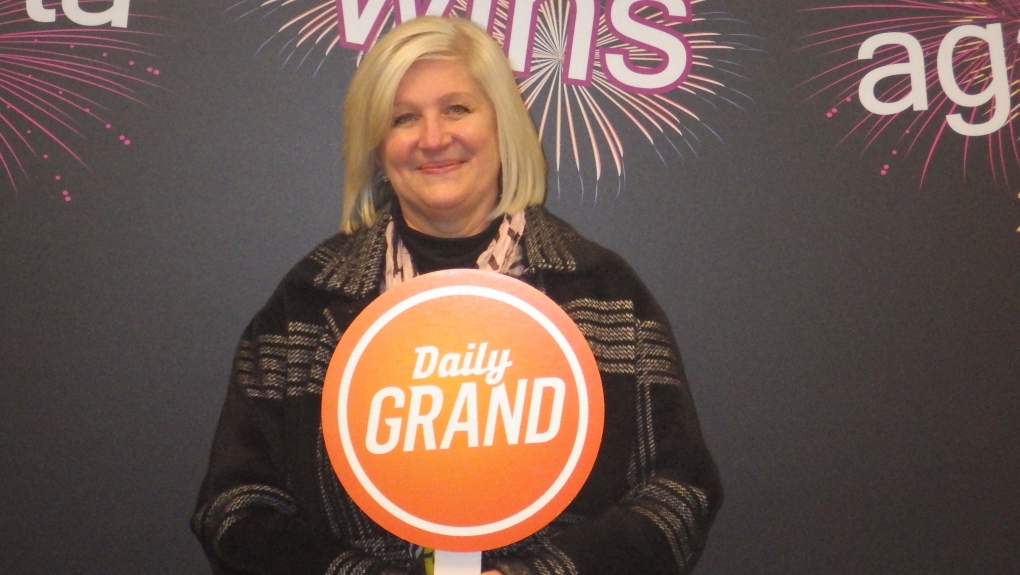 A woman from Edmonton is elated after clinching the Daily Grand top prize draw on Sept. 30.

According to a release from Alberta Gaming, Liquor and Cannabis (AGLC), Lisa Torontow from Edmonton won $7 million.

She purchased her lottery ticket from Otenikan Papaschase Petro-Canada on the day of the draw at the 3003 Calgary Trail location.

Torontow had scanned her ticket on the lotto app the very next day when she realized she had won big.

“I must have scanned the ticket on the mobile app a dozen times, maybe more,” Torontow said. “I couldn’t believe it.”

According to the release, Torontow intends to use the money to go visit her kids. Two live in Toronto and another is in the U.K.

“I’m going to take some time to visit all of them and give all of them some money, too,” she said.

“After seeing my kids, I’m going to go to every tennis Grand Slam event from now on,” she laughed. “So, I guess you can say there’s a lot of travel in my future.”

Torontow told the AGLC she’s still in shock about becoming a millionaire.

“It’s been a couple weeks already and it still doesn’t feel like it has even started to sink in,” she added.

The Daily Grand was launched in October of 2016 and has been won by Alberta residents four times, the release read.

Torontow is the 49th Albertan to take home a lottery prize of $1 million or more in 2021.