'I'm hoping public outrage is going to have an impact': Edson mayor on unchanged gas prices 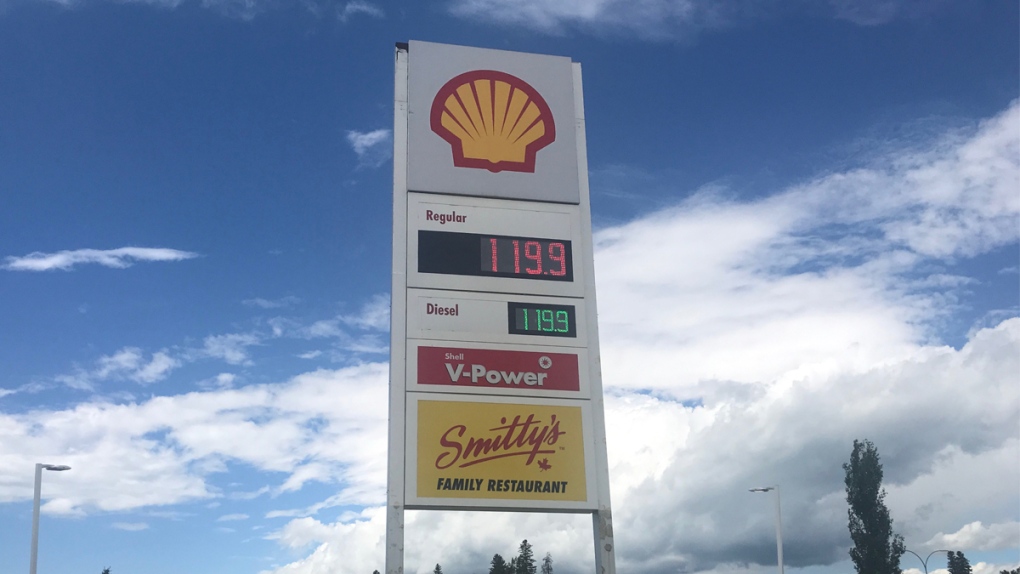 Edson residents are upset about high gas prices, even after the UCP got rid of the provincial carbox tax at the end of May.

The mayor of Edson, Alta. said the UCP government’s move to repeal the provincial carbon tax has had little to no impact on gas prices in the town.

The province stopped collecting the tax at midnight on May 30, but Edson Mayor Kevin Zahara said you wouldn’t know it in his community.

"We’ve seen a lot of gas stations in Edmonton and other communities drop their prices, but Edson has remained at 119.9 cents and residents have been expressing their frustration."

Prices have only fluctuated by one or two cents since the carbon tax repeal act announcement, Zahara said.

"There is a lot of concern that the prices are inflated and that consumers are not getting the benefits of the reduction in the carbon tax.”

While the carbon tax impacted prices at the pumps, the finance minister’s press secretary clarified the province does not set fuel prices.

"A number of factors will affect the price per litre in a given day, including distribution and delivery charges," Jerrica Goodwin said in an email to CTV News Edmonton.

"Ultimately, prices are set by the individual businesses and will always vary across the province."

Edson prices due for a correction: petroleum analyst

A senior petroleum analyst at the fuel tracking company GasBuddy said prices in Edson are due to drop.

"These prices are long overdue for a collapse of as much as nine cents a litre," said Dan McTeague, who is based out of Oakville, Ont.

McTeague said it is likely Edson retailers bought the fuel they’re currently selling weeks ago at a much higher price than the current wholesale rate which has since “collapsed."

"They’re probably not getting the volume to liquidate the higher price of fuel they bought … but that’s not going to help. Sooner or later they’re going to have to come up for air and recognize they’re not losing money at $1.09 a litre."

He said the trend in North American prices is often delayed in rural areas.

McTeague said the axed carbon tax is just one factor that has impacted gas prices recently.

The main factor that caused about an eight cent drop at the pumps in cities like Edmonton is the growing rift between two superpowers, McTeague said.

"Everyone is fearing this trade tension, this turmoil between the United States and China, is going to lead to global recession and a slackening of demand."

The volatility he said is good news for consumers, but bad news for retailers.

"At the beginning of June, they were paying 81 cents a litre. They’re now replacing it for 65 ... As the price falls, they’re left with inventory they can’t pay for."

Meantime, Edson’s mayor said high gas prices in his town are hurting business at a time of year when about 18,000 vehicles pass through daily.

"We see a lot traffic coming through our community heading to Jasper or British Columbia and the other way,” said Zahara. “If prices are high, they may continue moving on until they find a cheaper price somewhere else."

He's hopeful drawing attention to the issue will provide some relief for drivers.

"We certainly hope public awareness of this will make a change and we’ll see those prices reduced in short order."