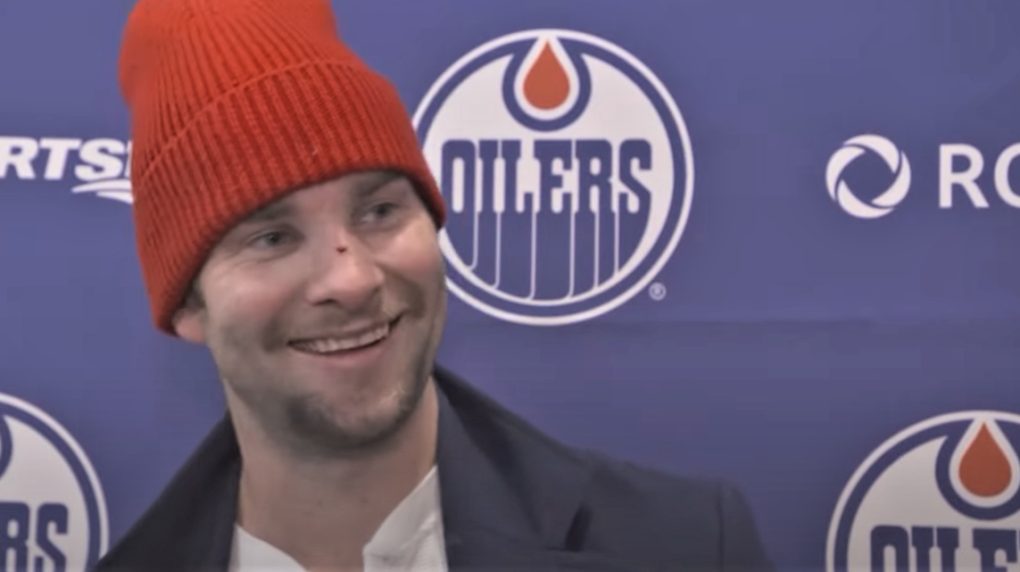 A broken nose is not stopping Jack Campbell from wanting to get back into the net for the Edmonton Oilers.

The 30-year-old netminder was injured while sitting on the bench Monday in New Jersey, when a tipped puck smacked him in the face.

"Just instinctively, I saw that we were dumping it in high, not that it was going into the bench, so I kinda put my glove out and the (defenceman) just tipped it right off the nose. It's all good."

Campbell said he hadn't had a broken nose since high school, when a hockey teammate popped him in the face during boxing training.

The $5 million-a-year free-agent addition has struggled mightily in his first 10 games for the Oilers. His save percentage (.873) is 71st in the NHL and his goals-against-average (4.27) ranks 72nd.

Campbell called his game "pathetic" earlier this month following a 6-2 loss to the Dallas Stars.

After giving up seven goals in his last start against the Carolina Hurricanes on Nov. 10 and riding the bench for four straight matchups, Campbell suggested he's ready to play Wednesday if called upon against the New York Islanders.

"I've kinda been through this pretty much every year since I've played hockey," he said of hitting rough patches.

"But whenever you get through it, it makes you stronger and you know this is going to definitely just keep making me stronger mentally and physically. I'm just ready to help this team and play to my ability."

Head Coach Jay Woodcroft said Monday he needed to speak with Campbell and the team's medical staff before declaring his starting goaltender.

"He's put in a lot of work. He's feeling good. I have no doubt he's going to give us what he has in his next start, whenever that is," Woodcroft told reporters after a team skate.

"We want to start well whether it's Jack Campbell, Stuart Skinner or Grant Fuhr in the net. It doesn't matter who's in the net, we want to make sure we're starting better as a team, because I think when we start well, we play well. It's proven."

Woodcroft called the broken nose injury a "freak thing" but he wants to make sure Campbell's head and eyes are clear before playing him.

Skinner started the last four games for the Oilers. He ranks 13th in the league in goals-against-average (2.78) amongst goalies who have played 10 or more games. He is sixth in save-percentage (.921.)

Campbell said whenever his next opportunity comes, his goal is to keep it simple.

"Just having some fun and stopping a lot of rubber," he said with a smile.

jack campbell gets clipped with a puck in the eye area while sitting on the bench. pic.twitter.com/cnxibs7QG9