'It's a tragedy': 2 adapted bikes stolen from parkade

EDMONTON -- Two Edmonton men are asking the public to keep an eye out for their adapted bikes after what they believe to be a targeted theft from their apartment building.

On Thursday, his friend Ken Thomas discovered both bikes missing from their building's parkade. Surveillance footage from around 3 a.m. on Sept. 4 appears to show two people breaking in and taking them.

"It just seemed odd, it seemed like a very orchestrated break-in. They knew exactly where to go," said Young. 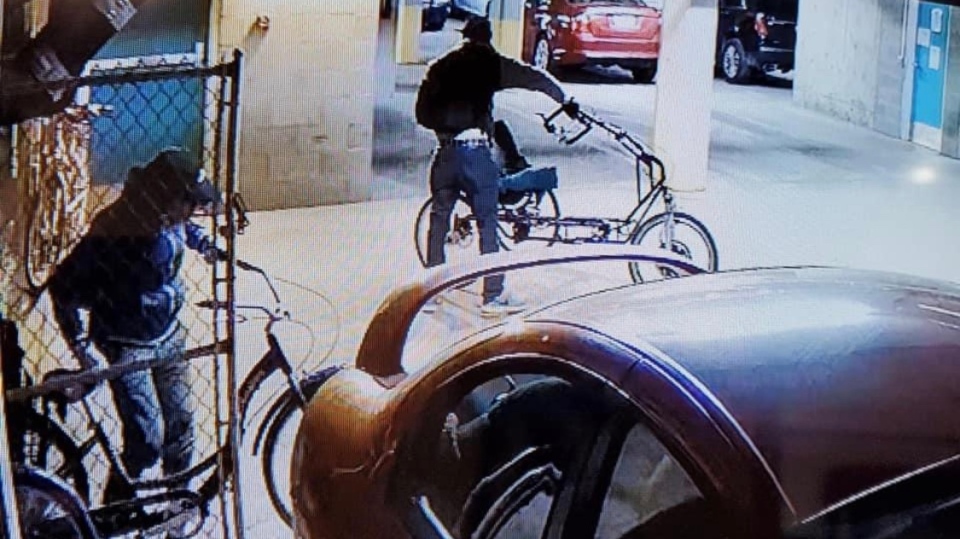 Young is a traumatic brain injury survivor and his friend Thomas has cerebral palsy. Both of them have adapted bikes, but Thomas' bike is much more unique and valuable.

"It's a trike, and Ken ordered a motor for it about two years ago and my husband and others helped to adapt it so he can flip a switch and take off," said Ken's sister Lorna.

For Thomas, the bike is his livelihood. The retired Paralympian uses it to get around and it's his main form of exercise and entertainment.

"It's been a real sense of joy and also the enjoyment that other people get when people go by. They say, 'Whoa, that's cool. I want one of those too,'" said Lorna.

"Stuff like this kind of affects disabled people more, cause we're already isolated," said Young. "This is isolating Ken even more."

They're asking the public to keep an eye out for their bikes, and report any information to the police.

"One of Ken's friends had a bike of a similar design stolen three weeks ago and he did get it back, so we're hopeful," said Linda.

"Hopefully he'll get it back. And if not, hopefully the people who stole it will be apprehended."