'It's crazy how fast life can change': NFL beckons for Sherwood Park’s Hubbard amid Heisman hype 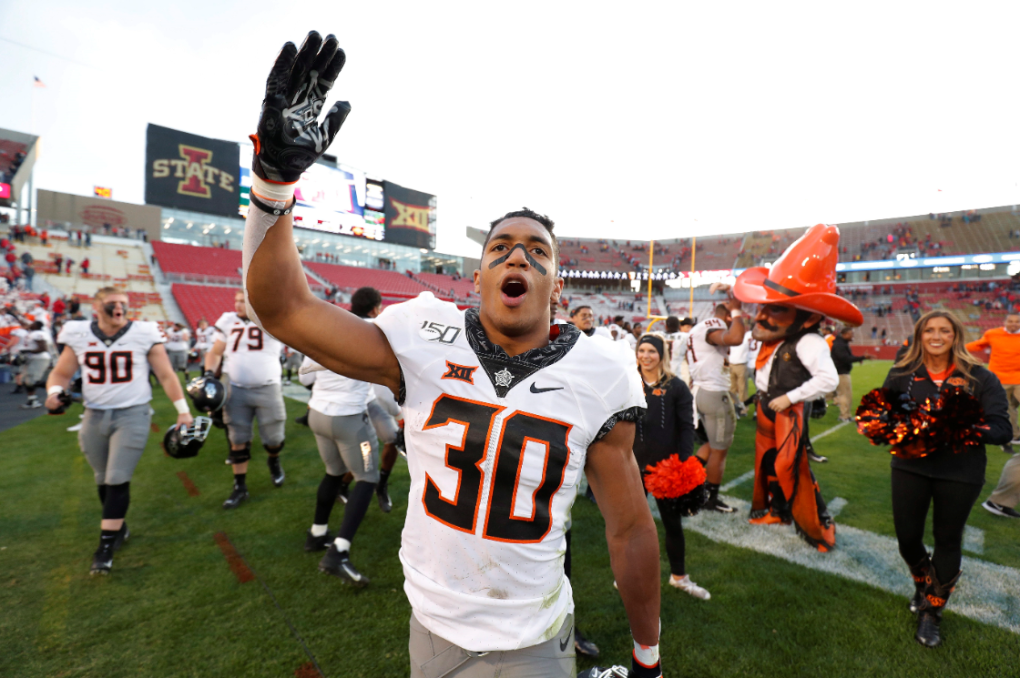 EDMONTON -- Three years ago last month, Chuba Hubbard was lining up in the Bev Facey backfield as a raw, but talented cross-over track star.

This Saturday, he'll step onto the field in Stillwater, Okla. before more than 55,000 fans and millions more watching on national TV as part of a U.S. college football rivalry that stretches back more than a century.

"It's crazy how fast life can change," Hubbard said. "The way things happen you can never really imagine they happen the way they do."

Things have happened fast for the Oklahoma State Cowboys star.

After emerging as a promising runner in his first season near the end of last year, he's burst onto the national spotlight this year.

He enters this weekend's season finale having racked up four games of more than 200 yards and more than 1,800 total yards on the ground to remain the sport's leading rusher by a wide margin.

“We’re trying to get that man to 2,000 yards as fast as we can,” said Oklahoma State offensive lineman Marcus Keyes. “We love the hype and are trying to run people over to get the biggest runs we can for him.”

Hubbard has also earned the nickname "Canada's Cowboy" as well as social media endorsements from Wayne Gretzky, the Edmonton Oilers and Howie Mandel.

"I like it," he said. "Just to be able to represent Canada and make the people back home proud is an honour."

Saturday’s rivalry matchup against the Oklahoma Sooners, known to Oklahomans as the Bedlam game, will put the Sherwood Park star into the national spotlight one last time before voters cast ballots for the Heisman Trophy.

The award for college football's most outstanding player has been won by a quarterback eight of the last ten years, including the last three in a row.

While oddsmakers have him as a dark horse to win the award, Hubbard's performances have also been increasingly tough for Heisman voters to ignore.

"Chuba is extremely consistent and that is why week in and week out, pound for pound, he is one of the best running backs in college football. Period," said Fox Sports analyst and former Heisman-winning running back Reggie Bush.

Only three Canadians have ever received votes for the Heisman in the award's 84-year history with the latest being Montreal's Tim Biakabutuka who finished eighth in the 1995 voting for the University of Michigan.

Hubbard's current coach knows a good running back when he sees one.

Mike Gundy quarterbacked the team in the 1980s while sharing a backfield with future hall of fame running backs Thurman Thomas and Barry Sanders.

"Chuba's been through the roof. That's a whole different cat," Gundy said of Hubbard's season. "If he's running in space, it's a good football play."

"He's a guy who deserves to be in New York City," said Gundy referencing the Dec. 14 Heisman ceremony.

He's reluctant to talk about it during the season, but soon Hubbard will have to weigh the merits of finishing his degree and attempting to repeat his herculean season next year against the prospect of a life-changing amount of money should he choose to go pro.

"It's kind of premature for me right now," he said of his NFL draft prospects. "I'm focused on winning games."

Hubbard's name has shot up draft analysts preview boards. While he has one game left to play, most agree he would be among the best running backs available in the draft and a likely early round selection.

His Cowboys running back predecessors Chris Carson and Justice Hill are both in the NFL, with Hill leaving school a year early before being drafted by the Baltimore Ravens.

It's a decision Hubbard won't have to make until the NFL draft declaration deadline in January. And while Hubbard isn't saying yet what his future holds he knows how far he's come and how close he is to achieving his goals.

"I imagined big things for me," he said. "[I] came here to play football and to change my life and my family’s life."

"I’m just blessed and honoured to be in this position." 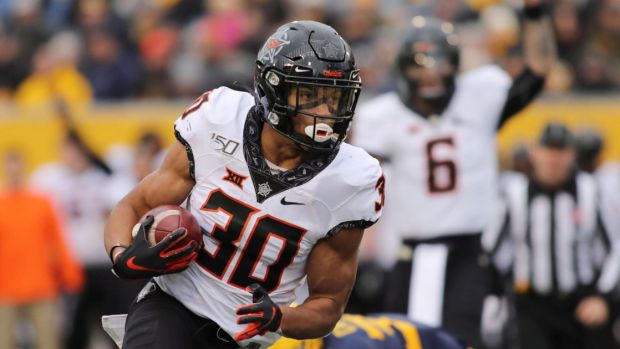