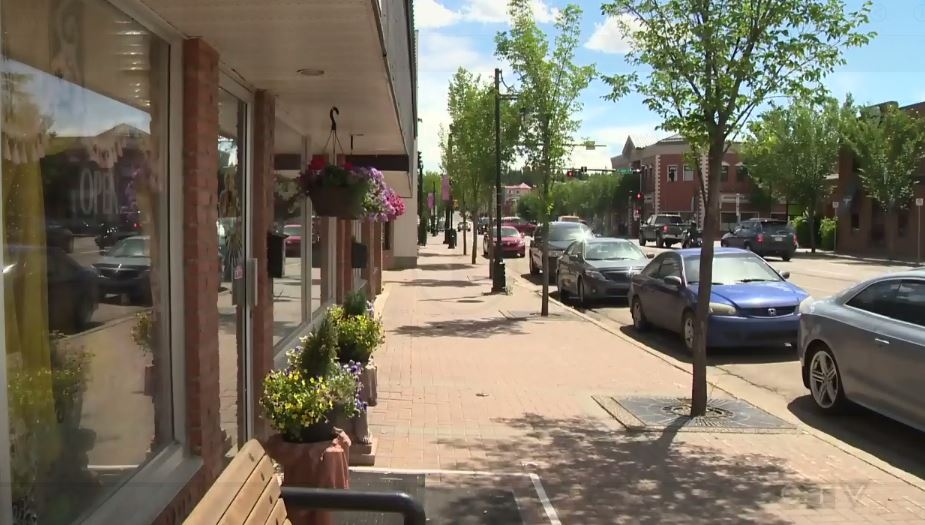 The City of St. Albert says it's examining how it names neighbourhoods in an effort to reconcile with Indigenous people after the discovery of the remains of 215 children in Kamloops.

Mayor Cathy Heron says the community felt a mix of emotions during discussions of removing the Grandin name, saying many are opposed to the change.

“The urgency and the cry from the public to change things is completely understandable and very welcome but at the same time it’s very complicated,”Heron said. “There is no entrance sign we can just change the name of so we need to talk to the people who live in that neighborhood.”

Since there are entire streets named after Grandin or other historical figures, Heron explained there will be a lot more to simply changing the signs on that road.

“We need to talk to the people who live in that neighbourhood,” Heron said.

“If I am going to change the name of the streets – which I would completely be in favour of and support –  I need to talk to the people that need to change their drivers license and banking information. It is their address.”“We don’t want to do it fast and wrong – we’d rather do it correctly so we are going to take our time and consult with other communities,” she said.

“It’s a very much mixed conversation. Some feel an attachment to Grandin – not being the historical figure but the neighbourhood."

Heron refers to the concept of cancel culture, saying when prominent figures are taken down, the history and culture goes away too. She says the St. Albert community is largely compromised of French Canadians and Indigenous peoples and wants everyone to feel at home.

In 2017, St. Albert opened the Healing Garden, a place to acknowledge the pain and loss that was a result of the Residential School System. The garden is located at 74 Mission Ave.

While Canadians didn’t have to wait too long on election night to find out who will lead the next government, there are still several individual seats too close to call and it could take a few days to get clear results with mail-in ballots still to be counted.