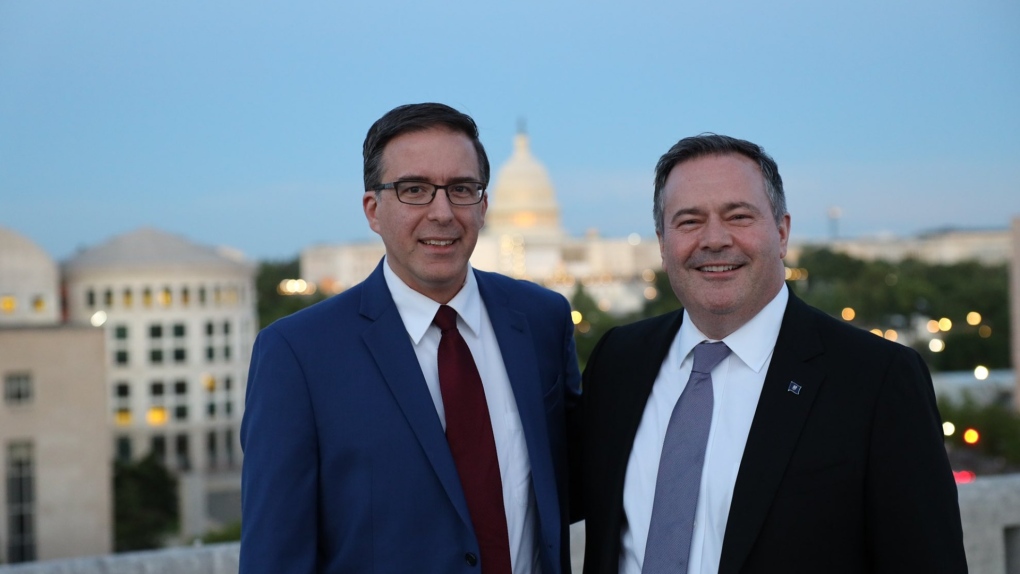 Alberta Premier Jason Kenney met the person he says has been catching heat on his behalf on Twitter.

Kenney hosted Jason Kenney, @jasonkenney on Twitter, at the Embassy of Canada during his trip to Washington, D.C.

Ok #ableg, once and for all:

Left: @jasonkenney - the friendly guy from Virginia who has been taking a lot my heat on Twitter.

Was great to host Jason at the Canadian Embassy tonight! pic.twitter.com/odQAcYAUWu

The American Kenney often gets tweets from people who mistaken him for the Alberta premier.

I’ve got you fooled. The rest of them are on to me. https://t.co/GtdDf4lhAd

One of the first things I looked for when I heard about this Brian Jean dude… https://t.co/TmAvJna0ab

Nine people, including at least one juvenile, were shot and wounded in Newark, New Jersey, on Thursday, police said.

Conservative leadership candidate Pierre Poilievre joined the final leg of a march led by a Canadian soldier charged for speaking out against COVID-19 vaccine requirements that has sparked promises -- and fears -- of a new wave of protests in the capital.