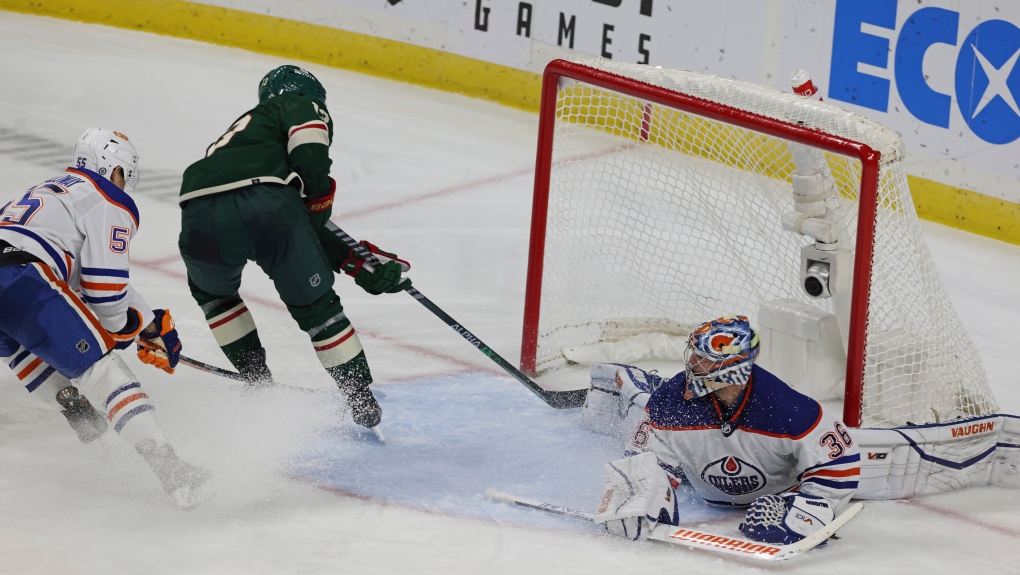 Kirill Kaprizov had a goal and two assists to extend his career-best point streak to 10 games, and Joel Eriksson Ek added a goal and assist, leading the Minnesota Wild to a 5-3 win over the Edmonton Oilers on Thursday night.

Kaprizov has a goal in four straight games after scoring his 14th of the season. He also has nine straight games with an assist, and 10 goals and 11 assists in his last 16 games.

Connor McDavid and Leon Draisaitl extended goal streaks for Edmonton, which had won three in a row. Klim Kostin scored his first goal of the season for the Oilers.

Draisaitl opened the scoring in the first period with his 16th goal, scoring for the fourth straight game. McDavid scored a goal for the third straight game, tying Dallas' Jason Robertson for the league lead with 19.

The Wild killed off the first, but Draisaitl scored from a wide angle on the second power play, shooting before Fleury could get across the crease on the cross-ice pass.

The power play was important for both teams. Three of the first four goals in the game were with the man advantage.

Edmonton finished 1 of 3 on the power-play. Minnesota, which entered the game with the league's 13th-ranked power play, was 2 of 3.

Eriksson Ek scored with the man advantage just 1:51 into the second period, tying the game at 1. Kaprizov's initial shot was wide and bounced off the end boards right to Eriksson Ek.

McDavid had the first even-strength goal of the game for an Oilers' lead, but the Wild scored twice before the end of the period. Gaudreau's go-ahead goal was his fourth of the season with 6:01 left in the second.

After the early penalties, Minnesota clamped down on Edmonton's explosive offense. The Oilers had just 10 shots through two periods and were outshot 30-21 in the game.