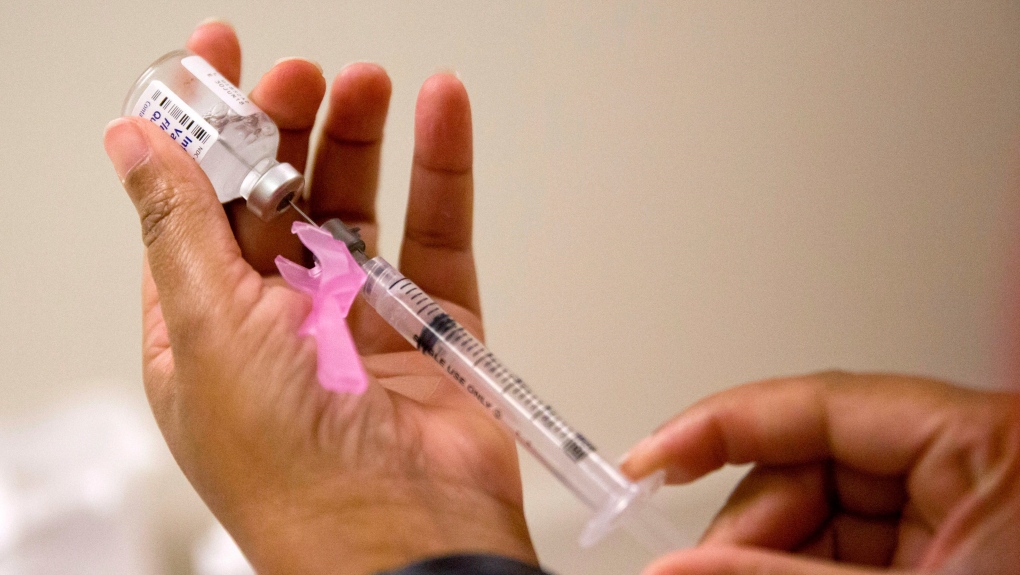 A nurse prepares a flu shot at the Salvation Army in Atlanta, Feb. 7, 2018. THE CANADIAN PRESS/AP, David Goldman

Alberta's new chief medical officer of health is warning flu and respiratory viruses – which have caused a premature disruption to school and work – will result in more of the same during what is expected to be a "severe" illness season.

A letter with the information as well as basic health advice – signed by Dr. Mark Joffe and the senior medical officer of health at Alberta Health Services, Dr. Laura McDougall – recently went out to all school and daycare communities in the province.

It reads in part: "In the last few weeks, we have seen a large rise in cough and fever type sickness in our schools.

"We are concerned that this influenza season will be more severe than we have seen in years, and that illness will continue to disrupt school, sports and upcoming holiday gatherings."

The prediction is based on data out of Australia, which Canadian scientists use to make projections about what will be seen in their own country.

"This year, Australia had a particularly severe respiratory virus season with influenza and COVID-19 rising at the same time. They saw the highest rates of influenza disease in children and teenagers, with children less than 16 years of age accounting for the majority of all influenza hospitalizations this year," Joffe and McDougall wrote.

ALBERTA ONLY PROVINCE WITH 'WIDESPREAD' FLU

According to national data, which included numbers up to Nov. 12, Alberta is the only province experiencing "widespread" flu activity. Canada's FluWatch program defines that as "higher levels" of flu virus with outbreaks in public facilities in more than half of a region.

According to the latest provincial data, accurate as of Nov. 19, Alberta was dealing with 34 influenza outbreaks, including 10 in the Edmonton health zone and 16 in the Calgary zone.

"They're reporting that their levels of influenza were 10 times higher than in previous years. Their pediatric departments, their pediatric ICUs and also some of their ICUs are seeing huge numbers of patients with flu," he told CTV News Edmonton on Thursday.

"I certainly hope we don't see a spike like is currently happening in the United Kingdom because I think if we do, we are going to be under much more severe pressure than we've ever seen before," Gibney added of Alberta's hospitals.

He echoed the advice of Joffe and McDougall: vaccination is the best defence.

As well, they recommended improving hygiene practices, and wearing a mask "especially in crowded indoor settings."

"I think the letter just telling people to wash their hands – we're past that point… We get it. It's like three different diseases or more, respiratory illnesses. It's not just the flu," commented Wing Li, a member of Support our Students Alberta.

The group is calling on the province to provide better public health guidance as well as data about how illnesses are spreading.

If Canada follows the U.K.'s path, Gibney said illness numbers will continue to rise for another four to six weeks before tapering off.