After a suspicious fire destroyed a church in Morinville, Alta., the community is salvaging a bit of its history and raising money to fund building a new church.

On June 30, fire destroyed St. Jean Baptiste Parish. While the cause has not been released, authorities deemed the fire that burned the 113-year-old Roman Catholic parish suspicious from the outset.

Clean-up of the site began last month. All four church bells, the front doors, and memorial plaques were able to be pulled from the rubble, in addition to the salvaging of outdoor benches and statues.

Gerry Gaetz, a member of the parish fundraising committee, told CTV News Edmonton how the loss of the church was like losing an icon for the town.

“The town had used it on their letterheads and miscellaneous everything for years and years, ever since I can remember,” Gaetz said. “You could see it from all four directions coming into town.

“Whatever may have happened, it was a tragic loss for the town,” he added. 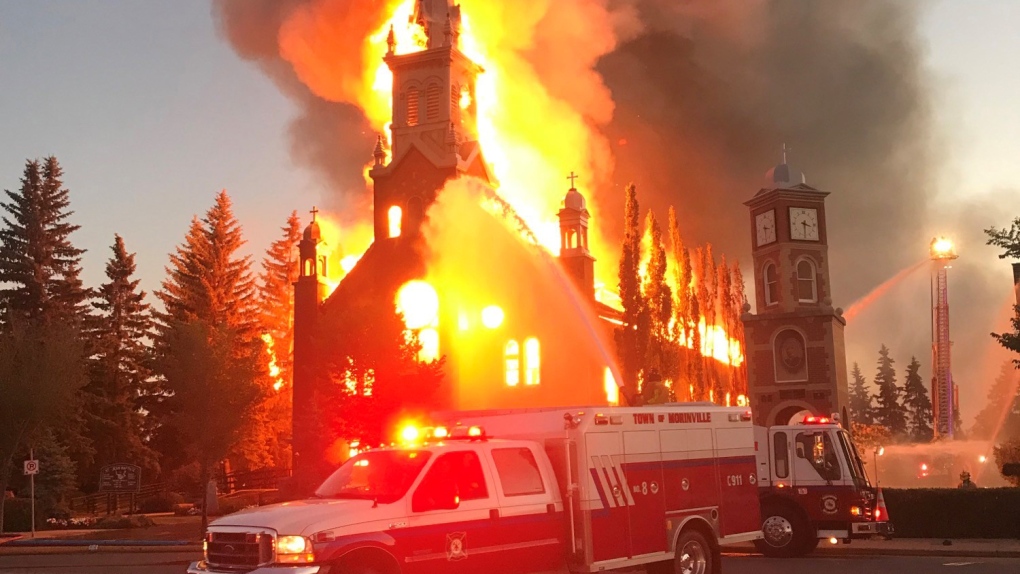 A fire burns a Catholic Church as shown in this handout image provided by Tracy Dalzell-Heise in Morinville, Alberta on Wednesday June 30, 2021. THE CANADIAN PRESS/HO-Communications and Legislative Services-Tracy Dalzell-Heise

Now the community is turning its focus to rebuilding.

BRICK BY BRICK, DOLLAR BY DOLLAR

Gaetz said the initial focus was to gather as much as possible from what little remained to help build a memorial or fill the new church building.

A team of volunteers collected and cleaned approximately 8,000 bricks and 12 bags of brick pieces.

The team then realized they could raise money to help replace things insurance would not cover, brick by brick.

The bricks are being offered in exchange for a donation to fund rebuilding efforts. 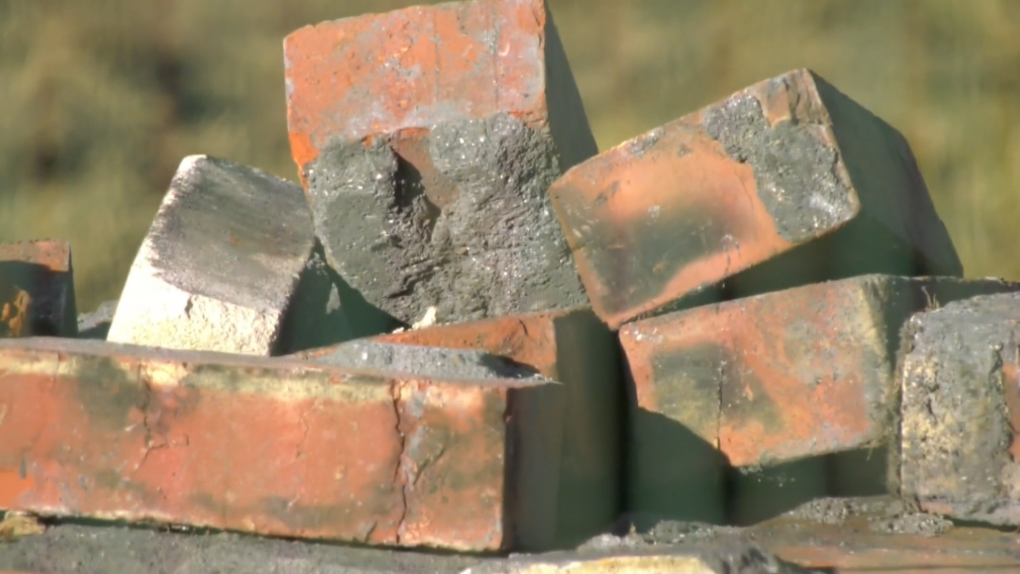 “There’s lots of people who went to this church as kids who do remember it and just maybe want a piece of it,” Gaetz said. “(It’s) a keepsake for the church, for the community.

“We were saying (for) a hundred you’ll get a pristine thing, for less than that maybe one that’s still got a little bit of rubble attached to it.”

Bricks will be available at Morinville’s light the park event later this month, and Gaetz says other fundraising events are being planned.

“To rebuild something like this, the price is enormous,” he added.

“People have been generous with their time,” said Fr. Trini Pinca, St. Jean Baptiste Church pastor. “That’s why I really am looking forward to having a new church in which we can be together again.”