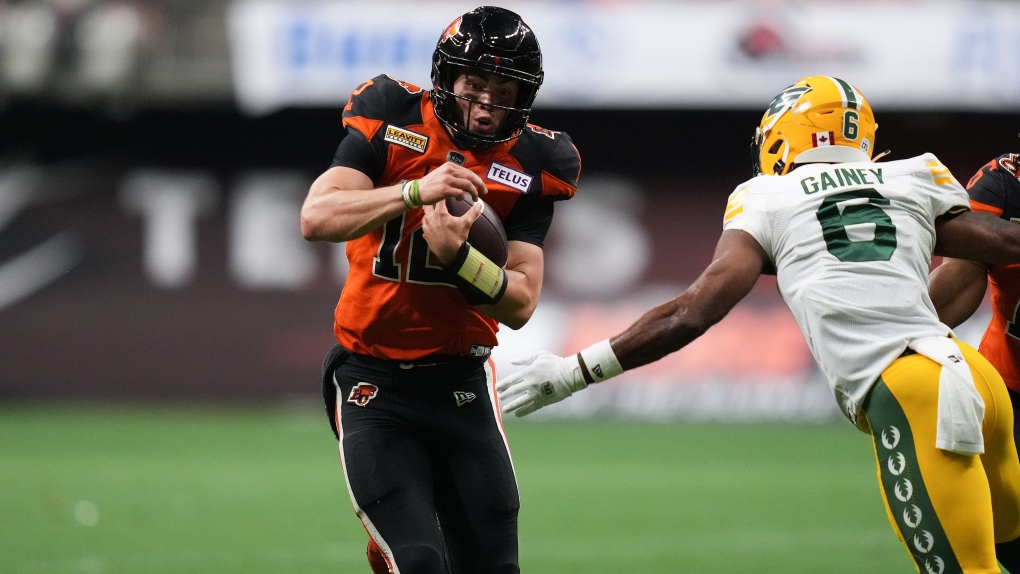 The Edmonton Elks will aim to snap a 12-game losing skid to West Division representatives on Saturday when they visit the B.C. Lions in Vancouver.

Despite those numbers, B.C. coach Rick Campbell is bracing for a stern test against an Edmonton club that had time to lick its wounds following a bye last week.

"Lately they've had a couple of wins in the East, played Winnipeg tough, so that's an upset right there. It was a one-score game late in the fourth quarter, so that's all you need to know," Campbell said, per The Province. "No different mindset (for us). We're gonna have to play really well to beat them."

The Lions (5-1) have done precisely that in their last two home games versus the Elks dating to last season, outscoring the club 102-25.

Nathan Rourke has tormented Edmonton in those two meetings, throwing for 641 yards and four touchdowns while rushing for another five scores -- including 282, three and two, respectively, in B.C.'s 59-15 romp on June 11.

Rourke earned his third CFL Top Performer of the Week honors in his last six games after guiding the Lions to their second straight victory overall. He completed 27 of 33 passes for 336 yards and two touchdowns while rushing for another score in a 32-17 triumph over the Saskatchewan Roughriders on July 29.

"There's no doubt," Edmonton coach Chris Jones said of Rourke. "I told you guys after we played them that he's a very good quarterback. He gets the ball out of his hands as quick as anybody in the league. He's extremely, extremely accurate, he can run, he can move around in the pocket. He's difficult to prepare for."

Elks defensive lineman Jake Ceresna is expected to return to action on Saturday after sustaining a shoulder injury in the season opener against the Lions.

Canada’s deputy attorney general says the Department of Justice had ‘no involvement whatsoever’ in the department’s review and delivery of documents to ongoing independent public inquiry into the 2020 mass shooting in Nova Scotia.

B.C. man frustrated over wait after being approved for COVID-19 vaccine injury compensation

Canada's year-over-year inflation rate slowed to 7.6 per cent in July, with the deceleration largely driven by a decline in gas prices even as prices for food, rent and travel continued to rise.

OPINION | Economists are forecasting a recession, how should you prepare?

Explosions and fires ripped through an ammunition depot in Russia-annexed Crimea on Tuesday in the second suspected Ukrainian attack on the peninsula in just over a week, forcing the evacuation of more than 3,000 people.

Two infant products, manufactured by baby gear company 4moms, are being recalled due to strangulation hazards, according to a consumer product notice issued by Health Canada.

A mother from Florida shared an adorable video of her son's interaction with the family's dog.

A two-minute video posted to TikTok that shows a man berating two women for not speaking English at a Richmond, B.C., SkyTrain station is making the rounds on social media.