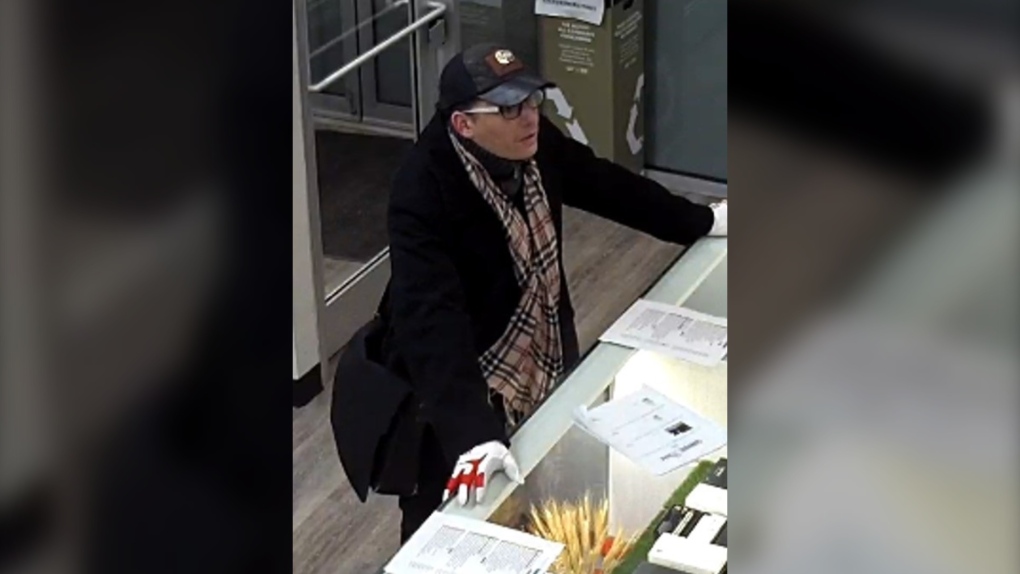 The primary suspect in four cannabis store robberies in Edmonton is described as a 30-year-old white man who has been seen wearing designer clothes and a plaid scarf. (Photo supplied.)

EDMONTON -- Police are looking for a man who they’ve tied to four robberies of Edmonton cannabis stores since the beginning of December.

He is being called the primary suspect in Edmonton Police Service’s investigations into the thefts on Dec. 1, 12, 29, and Jan. 6.

He’s described as a 30-year-old white man who has dark hair but was also seen wearing a blonde wig. According to police, he has worn designer clothing and a plaid scarf, as well as black Converse-style shoes with black laces.

The first robbery happened at 11:40 p.m. near 69 Street and 76 Avenue. EPS was told a man entered the shop, threatened an employee with a weapon and fled with cash, cannabis and cannabis accessories.

“Since then, three similar robberies involving the same primary suspect took place at other cannabis retailers across the city,” police said in a statement.

The next robberies occurred at:

“In each of these cases, the primary suspect male was reportedly accompanied by a different male accomplice and after threatening staff with a weapon, and in some cases assaulting them, cash, cannabis and related products were taken. The suspects then fled the scene.”

A female clerk was assaulted in the Dec. 29 theft and treated for minor injuries.

Police have released photos of two other men, and asked the public to contact EPS or Crime Stoppers if any of the three people are known to them.