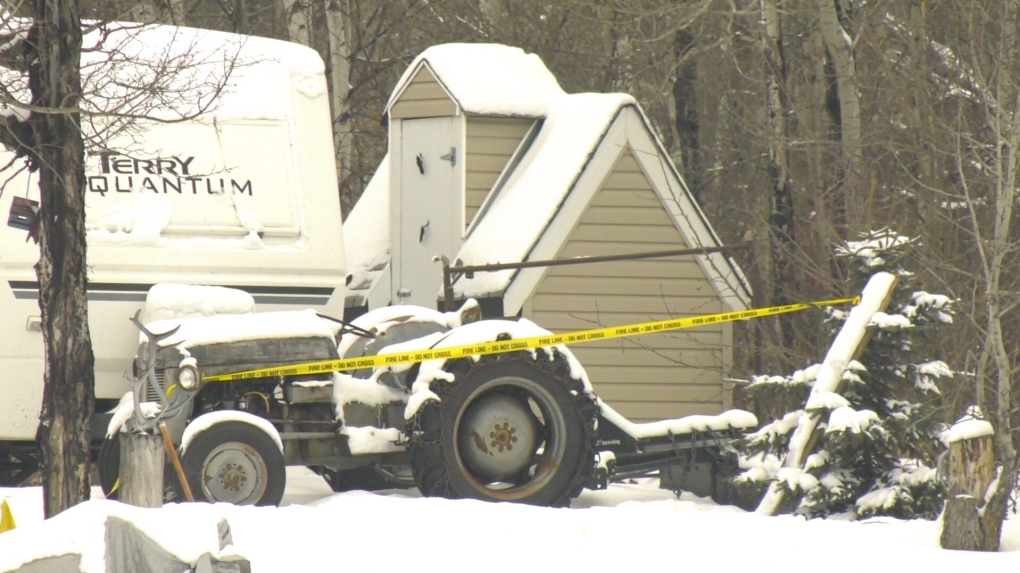 The shed where a man was reportedly electrocuted over the weekend on a rural property near Lac Ste. Anne. is shown. Jan. 20, 2020. (CTV News Edmonton)

Emergency crews responded to a residence not far from the small Village of Gunn after reports the man was electrocuted, Lac Ste. Anne County Fire Chief Randy Schroeder confirmed.

Schroeder told CTV Edmonton that a final determInation on the cause of death would come from the Medical Examiner's Office.

Officers, firefighters and paramedics arrived at the property on Ste. Anne Trail around 5 p.m. and found the deceased man in a generator shed beside the home.

RCMP told CTV News Edmonton the death does not appear to be suspicious, and officers were working to confirm the cause of death.

The victim was a 69-year-old man, according to police. His name has not been released.