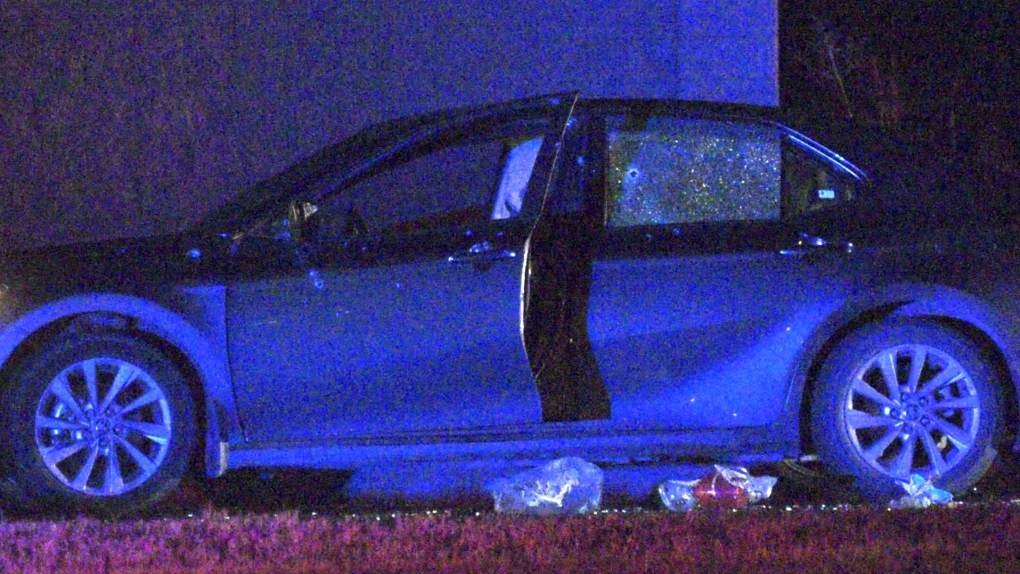 Two men were rushed to hospital after an apparent drive-by shooting in south Edmonton Thursday night.

One of the men died from his injuries.

The other injured man was expected to survive, a police officer at the scene told CTV News Edmonton.

It happened just after 9 p.m. on 23 Avenue, just west of Calgary Trail.

Police said a motive was not immediately clear and would not confirm if it was a drive-by shooting.

The southwest division staff sergeant told CTV News that police had not made any arrests.

Officers were still searching for a suspect and the car they were in at 10:30 p.m.

A four-door car could be seen with at least one smashed window and several bullet holes in the driver's door.

Homicide detectives and forensics were called to the roadway, which police said would be closed for several hours.

An autopsy will be scheduled for the dead victim.

PM consults opposition on how House of Commons should resume business

Prime Minister Justin Trudeau will continue today consulting with opposition leaders about how the House of Commons should resume work and what the priorities should be once it is back in operation.

Negotiations drag on over 17 missionaries kidnapped in Haiti

Negotiations stretched into a fourth day seeking the return of 17 members of a U.S.-based missionary group kidnapped over the weekend by a violent gang that is demanding US$1 million ransom per person.

Toys, appliances and handbags: These are the items you may not get in time for the holidays

Experts are advising Canadians to start their holiday shopping early to avoid missing out on big-ticket items such as appliances, handbags and this year’s hottest toys as global supply chain issues continue to impact availability and price.

Tuesday's $55 million jackpot has been won by a single ticket holder in the Prairies.