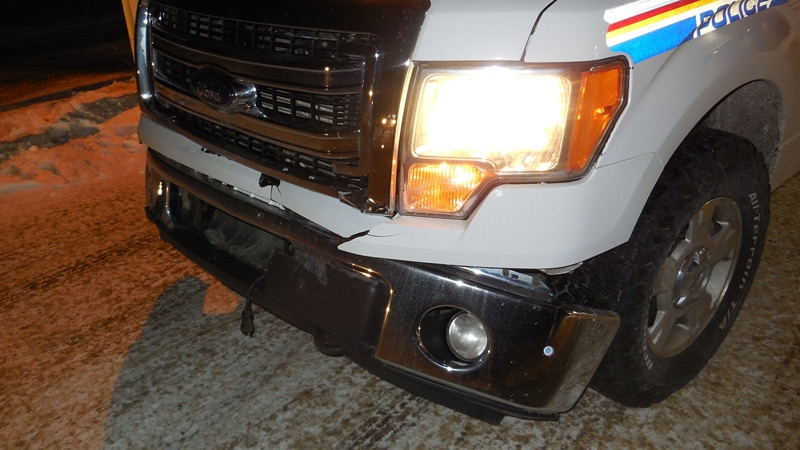 A man and a woman are facing charges after allegedly attempting to flee police and ramming into their vehicles in Elk Point on January 15.

Two separate police vehicles activated their emergency lights while they approached the car and truck, RCMP said. The truck struck one police vehicle head-on and then collided with the other police vehicle as it fled the gas station. The other suspect car fled the area as the collisions occurred.

No one was injured, RCMP said.

RCMP located the truck after it lost control and hit a stop sign. The occupants of the vehicle had fled on foot, but were located and arrested without incident, police said.

Police later located the other vehicle without anyone inside.

RCMP said both vehicles had been reported stolen.

Kannan Desjarlais, 21, and Billie Wheaton, 19, both of Cold Lake, were charged with flight from police, possession of stolen property over $5,000, and mischief.

Desjarlais was also wanted for failing to attend court from a previous charge in Vermilion, Alberta, police said.