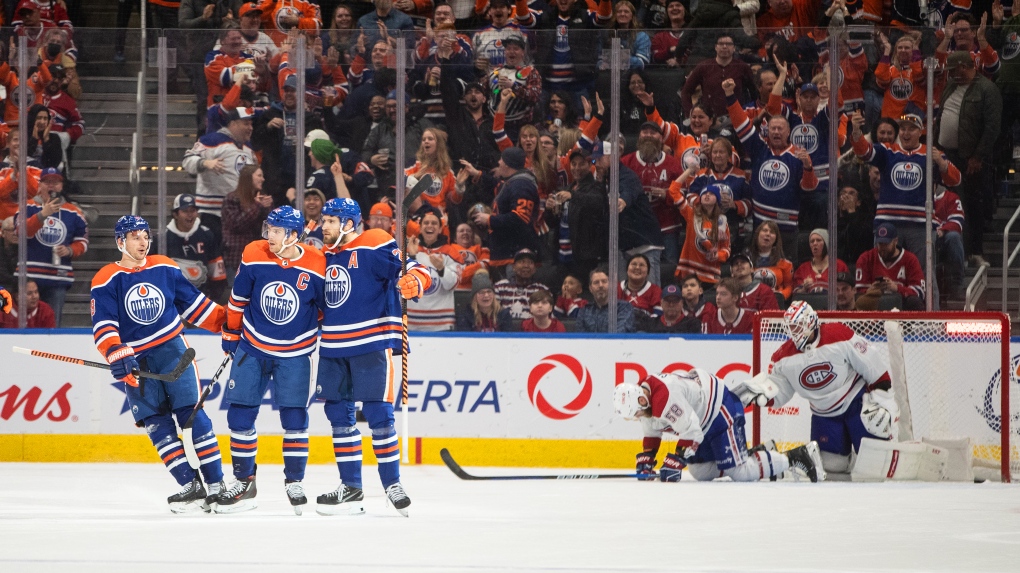 Connor McDavid recorded two goals and two assists, Leon Draisaitl had a goal and three assists and the Edmonton Oilers defeated the Montreal Canadiens 5-3 on Saturday.

Ryan Nugent-Hopkins and Darnell Nurse also scored for the Oilers (14-11-0) who have won four of their last five outings. Stuart Skinner made 30 saves.

After a sluggish start to the game, the Canadiens opened the scoring at 16:37 of the first period. Mike Matheson spun around at the point to feed Suzuki at the right faceoff dot and he snuck the puck through on the power play for his 13th of the season.

The Oilers pulled even on a power play of their own as Draisaitl sent a pass through the crease and Nugent-Hopkins was able to snap his 11th of the season 1:25 into the second period. It took 63 games for Nugent-Hopkins to reach the 11-goal mark last season.

Montreal defenceman Joel Edmundson was assessed a five-minute major for cross-checking Oilers forward Zach Hyman in the head. The move proved costly as Edmonton scored a pair of power-play goals, both coming on two-man advantages.

Draisaitl picked the top corner 6:27 into the second, his fifth consecutive game with a goal and 17th of the campaign.

Then, at the 9:36 mark, McDavid banked a shot off of Allen’s pads and through his legs to give Edmonton a 3-1 edge.

However, Montreal quickly made a short-lived comeback.

A broken coverage by the Oilers defence allowed Dadonov to beat Skinner on a rebound with 13:26 gone in the middle frame.

Montreal pulled even on a two-man advantage of its own 16:38 into the frantic second, as Xhekaj scored on a long shot.

Edmonton scored the period’s sixth total goal with just 4.2 seconds remaining as Hyman’s hard work behind the net eventually led to a goal by Nurse.

Edmonton extended its lead 14:40 into the third as Draisaitl picked off a pass and sent McDavid in alone, and he beat Allen for his second of the game and 21st of the season.

This report by The Canadian Press was first published Dec. 3, 2022.