A field school has been taking the next generation of urban planners on a tour of different communities across the Edmonton region.

Brett Friesen is studying environmental earth science at the University of Alberta but thought he'd explore a potential new career path. Through the field school with the Urban Development Insitute exploring sustainable urbanization, he's piqued his interest in combining his passion for planning with sustainability.

"It's really helped me learn a lot about not only myself but my future career goals," Friesen said.

"We looked at so many different types of houses, and we saw how zoning density and the design of houses really influence the way people live in cities and interact with each other in the community," he added.

"(High-density developments are) good for the economy financially and it's good for people to save time on transport." 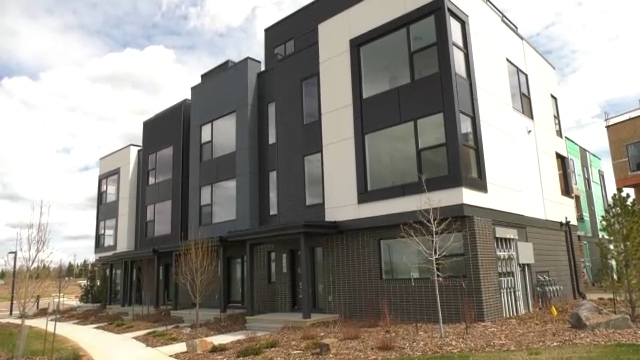 Cameron McDowell, a fifth-year U of A urban planning student, says the experiential learning of seeing developments throughout the regions helps him see new ways of designing.

"I like urban planning," McDowell said. "What we build lasts a long time."

"I really like the idea of building something and bringing my kids back to look at something, a project I've worked on," McDowell added. "So, I think having that impact on the community would be really beneficial and positive."

He likes Midtown because it has shared green spaces and is steps away from the Enjoy Centre and transit access. For him, the cities of tomorrow need more transit options for people to get around.

"(We need) more active transportation options," McDowell added. "Having a variety of options would be really nice."

"There's a social change that needs to happen," he said. "Whether that be you could drive one day or bus or take the bike."

"Higher density is a target that we're setting throughout the whole city," he said.

"It's really about getting the best use out of our utilities," Killick said. So if we had more people using the same water lines, the same roads, and the same bus stops, it allows us better utilization of our utilities.

"It increases our tax base as well. So without spreading out, we are able to get more tax revenues from the higher density," Killick added.

Once fully realized, the Midtown project will eventually have 1,000 units.

It's projects like Midtown that has Friesen excited for the future and the prospect of helping design new communities.

"If I can contribute to better cities in the world and build a better sense of community between people that's something I'd like to do," he said.