The ring was tucked behind some documents in the car for safekeeping during a family move.

“I’ve had so many things over the years go missing during moves, so I thought if I had it locked in one secure place where I knew where it was, I wouldn’t have to think or worry about it getting misplaced in the move,” he told CTV News Edmonton on April 27. 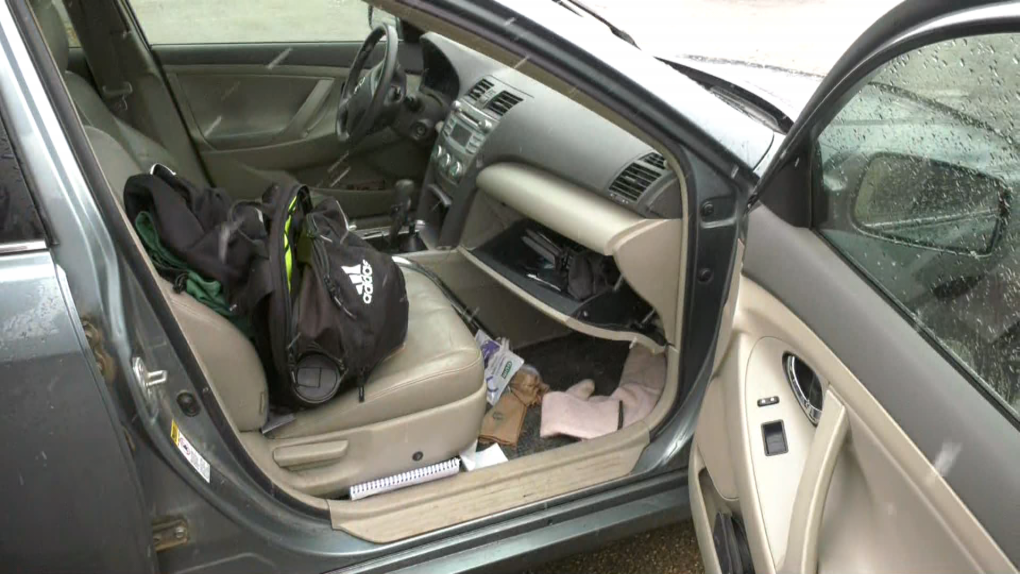 He said the thief also broke into the other vehicle on the driveway, and while both vehicles had been visibly rifled through, the ring was the only thing that was taken.

Two weeks later, he had just about given up hope of recovering the ring when he got a message from a stranger on Saturday evening.

“Someone reached out to me on Twitter, the person who recovered it, said ‘Hey, I recovered your ring,’ and gave me his phone number,” he told CTV News on Monday.

The pair met up on Sunday, and Steele got his ring back.

“It’s pretty remarkable, the fact that I got it back. I’ll be honest.”

He says the ring was found by a local businessman named Ron.

“He came across it, realized that it was something that carried a lot of sentimental value, and he wanted to return it to the rightful owner and I applaud him for doing that,” he says. “It just goes to show the good in humanity regardless of the bad situation that happened with it getting stolen,”

Steele says Ron paid about $60 to the person who had the ring. When he offered to give him his $60 back, Ron declined. Instead, the pair agreed that Steele would do a barbecue with an under-priveleged youth group that Ron works with.

“He didn’t want my money, he just wanted me to be around with the youth,” Steele said.

“There is good people out there willing to do the right thing, and that’s what it comes down to.”

Steele played eight seasons in the CFL before retiring in 2018. He earned the ring during the 2015 Grey Cup as an Edmonton Elk.