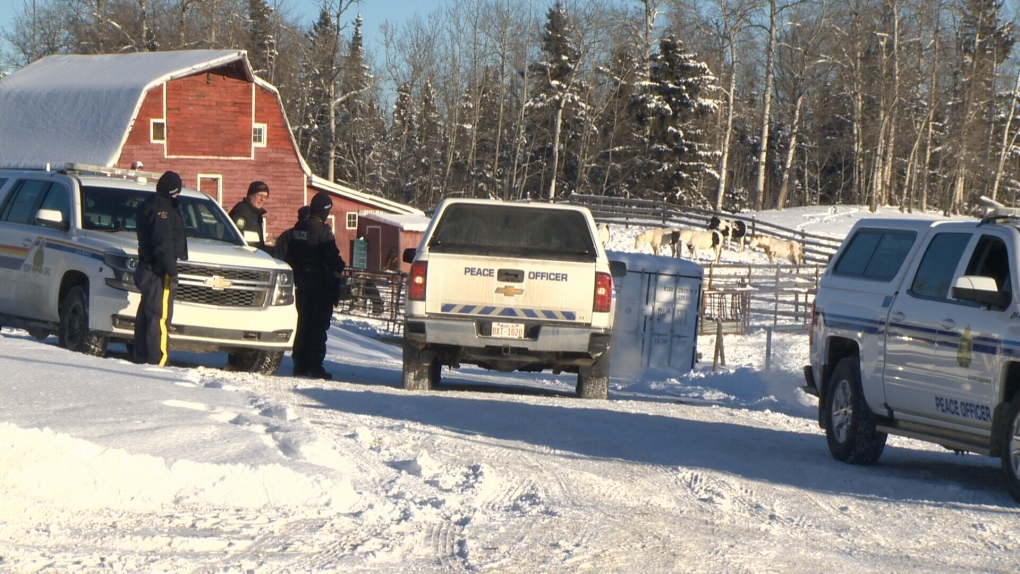 The man involved in the horse cruelty investigation near Evansburg, Alta. area has turned himself into police after more charges were laid.

Ross Andrew Atkinson, 50, is now facing a total of 60 charges, RCMP said. They include permitting and/or causing unnecessary pain and suffering or injury to animals.

The Parkland County man was released from custody and is scheduled to appear in court Jan. 14.

Patricia Lynn Moore, 48, is also facing 60 animal cruelty charges after 65 horses and six dogs were seized from her property Tuesday. Three dead horses were also found on her property.