One week after a century old historic church burned to the ground in Morinville – that community is turning its focus to the future.

“It’s a shame because now we’re back to the point where everyone can start going back regularly whenever we wanted and yeah, it’s not there anymore,” said congregation member Iain Watson.

Throughout the week church-goers walk past the destroyed building, reflecting on what it was and staring at what’s left.

“My folks are buried here, I got a brother buried here and sisters,” said Morinville resident Albert Dupuis. “It’s pretty hard to take, you know.” 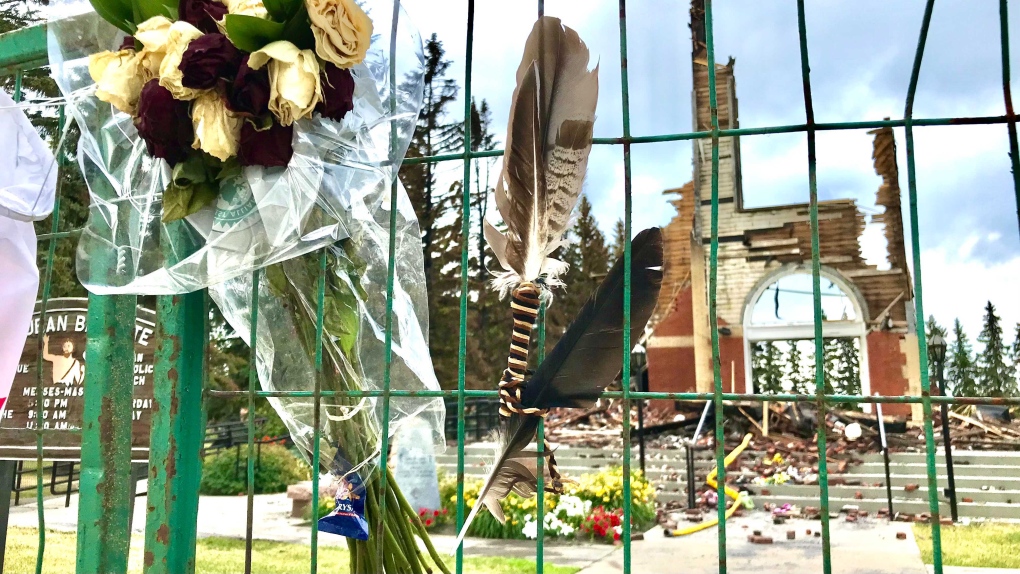 While most of the 114-year-old historic resource is unrecognizable, three bells that once hung in the steeple remain.

“They were automatic I imagine, years back they had a guy with a rope ringing the bells,” said Dupuis.

“They rang at funerals, weddings, you heard them lots you know. They were part of the noise fabric of this town you could say,” said Philip Lavallee.

“I don’t know if we’ll get back to having such a thing as a pipe organ. I don’t know. The thing was almost 100 years old,” said Lavallee.

Though the organ was lost, parish leaders are forming committee to rebuild the church and they intend to incorporate the original front doors and the three bells.

“It won’t be the same, but it’ll be part of our history still right? So it’ll be nice to hear,” said Watson.

It will likely be years before the bells ring again, but the church’s absence has already taken a toll.

“You know it’s not just about religion of course, it’s just what it means for Morinville and kind of synonymous as a landmark or icon for our community,” said Morinville Mayor Barry Turner.

“I hope they can rebuild it, but not like it was I don’t imagine,” said Dupuis.

Warning of a potential new Cold War, the head of the United Nations implored China and the United States to repair their 'completely dysfunctional' relationship before problems between the two large and deeply influential countries spill over even further into the rest of the planet.