Murdered women of the Montreal Massacre honoured on 30th anniversary 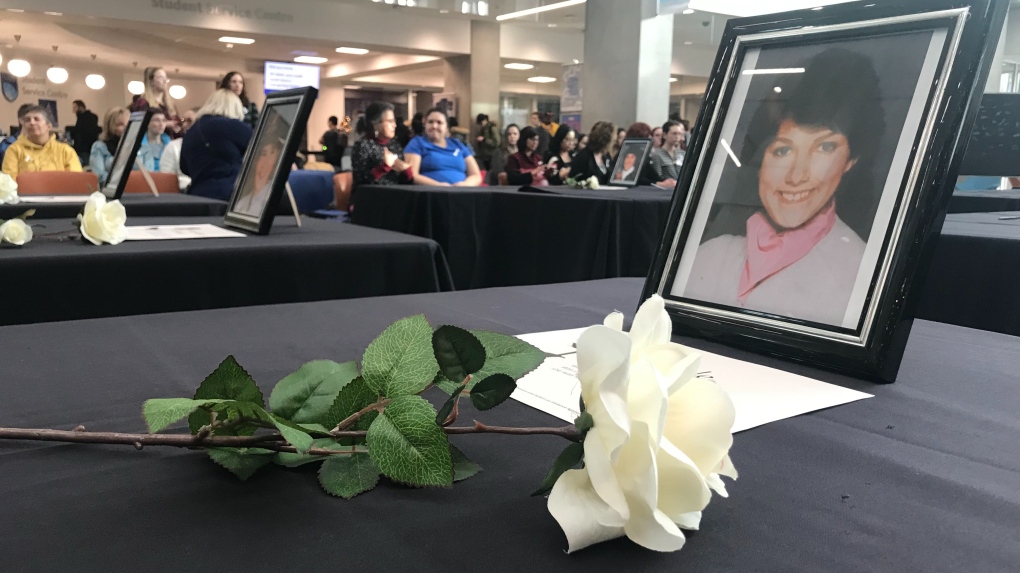 At a NAIT ceremony on Dec. 6, 2019, candles were placed on 14 black tables, representing coffins, alongside a flower and photo of each of the victims.

EDMONTON -- Victims of the massacre at Ecole Polytechniqe were honoured at NAIT during a ceremony on Friday marking its 30th anniversary.

At NAIT, candles were placed on 14 black tables, representing coffins, alongside a flower and photo of each of the victims while the women's names were read aloud. The ceremony coincided with the National Day of Remembrance and Action on Violence Against Women.

Carrie Vos, NAIT's department head of energy resources and operations, was just starting high school at the time of the shooting and noted it affected her mindset while pursuing her career choice.

“It was a very shocking time,” Vos said, adding, “You have this feeling that the world is your oyster, you can become whatever you want... and then to have something like this occur, and it was very clearly a hate crime against women in engineering, and to realize that not everyone feels this way.”

Vos added that it made her question the choices she was making regarding entering a male-dominated field.

“What will the challenges be that I’ll have to deal with if I go into this type of work? You certainly start to wonder will it be as friendly as I’ve been led to believe.”

The Day of Remembrance is part of a 16-day campaign against gender based violence.