No injuries after fire south of Jasper Avenue: EFRS 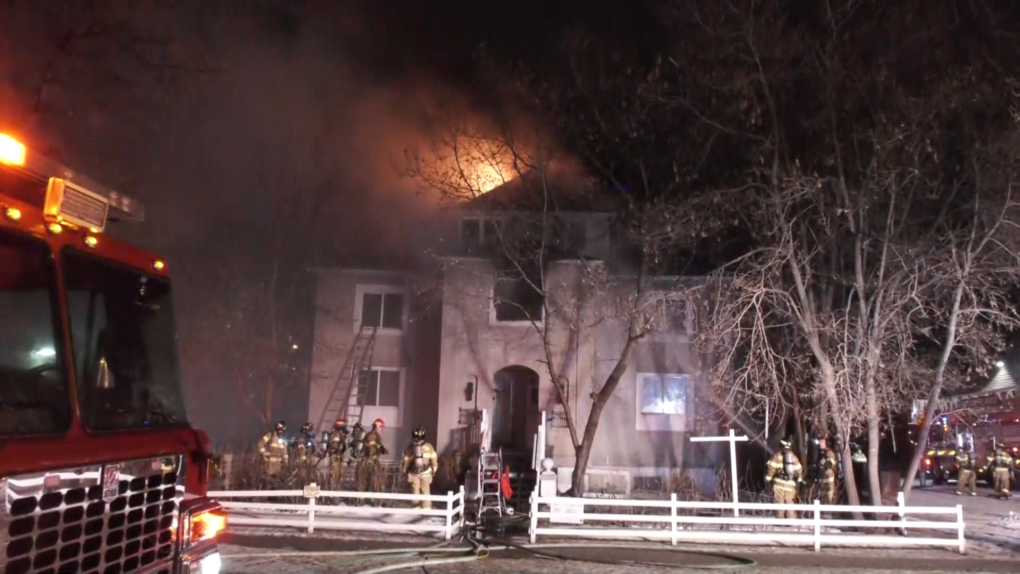 At 5:39 p.m., firefighters responded to the area of 100 Avenue and 114 Street to a three storey unoccupied building on fire.

Flames could be seen coming through the roof of the El Tovar Apartments, but it's not yet known how much of the interior was damaged or where in the building the fire started.

Officials say six crews responded to the fire, along with EMS. Just after 6 p.m. EFRS requested support from the Edmonton Police Service to help with traffic control.

Officials said no one was injured in the fire. It’s not known if anyone was inside the building when flames broke out.

The fire remains under investigation.

The RCMP say a boy and mother at the centre of an Amber Alert in New Brunswick have been found safe and the woman has been taken into custody.

Another 64 COVID-19 related deaths have been confirmed in Ontario as the number of people in intensive care reaches 626.

Police are on the lookout for a 36-year-old man and his seven-year-old daughter who were reported missing to the North Cowichan/Duncan RCMP on Sunday.

A First Nation in British Columbia is expected to release preliminary results today of a geophysical examination at the site of a former residential school.

Neil Young, an outspoken advocate for COVID-19 safety and prevention, doesn't want his music to share a home with vaccine misinformation.

'A bit surreal': It's been two years since Canada's first COVID-19 case

After two long years of the COVID-19 pandemic, an infectious disease expert is warning that Canada and other parts of the world may continue to experience waves of cases until the issue of vaccine inequity is addressed.

A new study has found that there may be a link between discrimination and health disparities in Canada, with racialized immigrants less likely to report being in good health compared to white immigrants and white individuals born in the country.