No one injured in small fire at south Edmonton hotel: EFRS 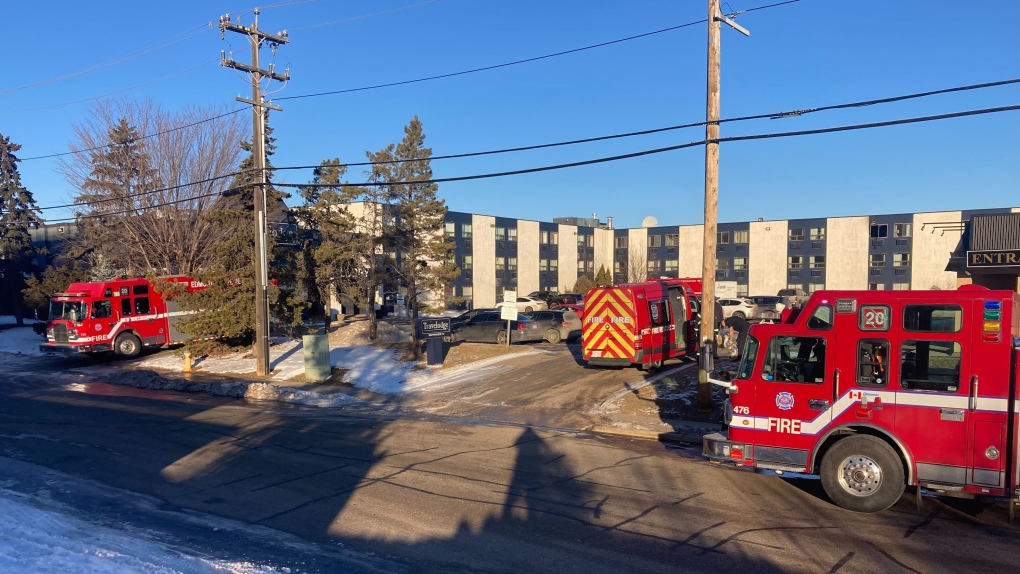 Firefighters were called out to a small fire at a hotel in south Edmonton Saturday morning.

The fire was swiftly brought under control by firefighters about 10 minutes later.

The hotel was evacuated as a precaution, and two buses were brought on scene to keep evacuees warm.

No injuries were reported to EFRS.