'Not helpful': Nickel skips another mayoral forum, has BBQ instead 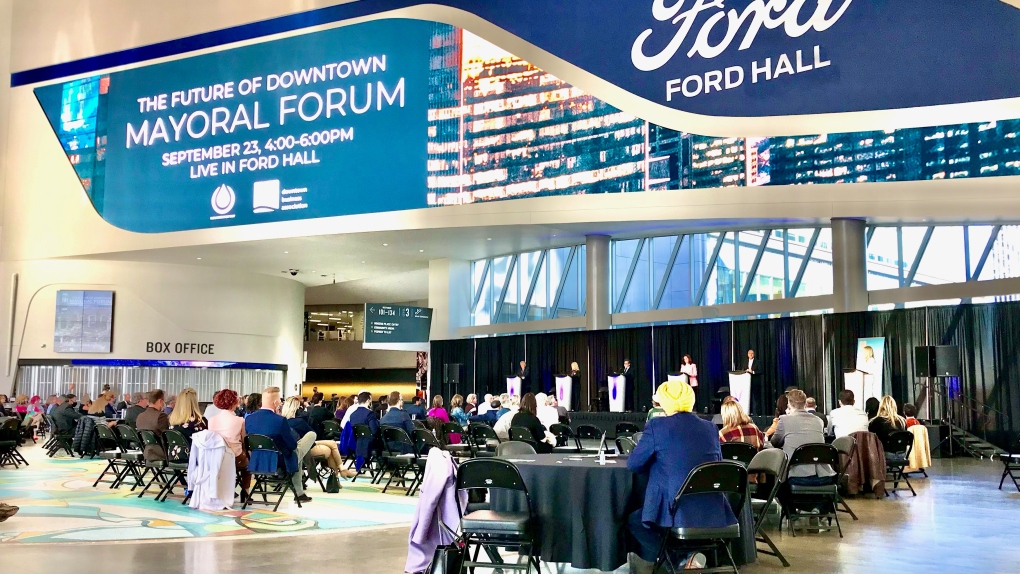 While five front-running mayoral candidates faced off in a forum Thursday afternoon, the other candidate, Mike Nickel, was serving hot dogs in the parking lot of his campaign office.

The moderator of the Downtown Business Association forum in Ford Hall made a point to announce that Nickel was invited, but didn’t respond.

It was the third such announcement in three weeks — at different forums that Nickel has not shown up for.

“And by not doing it, I’m not sure if he’s trying to translate Donald Trump or what he’s trying to do. But it’s not helpful for Edmontonians who are trying to make decisions.”

Nickel missed a Sept. 8 forum because he said he didn’t want to part of a ticketed event.

He skipped a Sept. 9 forum because he said he doesn’t get along with the moderator.

Nickel also missed a Sept. 13 virtual forum, and it wasn’t clear why.

Krushell, Amarjeet Sohi, Michael Oshry and Cheryll Watson — widely considered the others most likely to win — all attended all of those events.

Rick Comrie was also invited to Thursday’s forum because organizers said he polled in the top six frontrunners.

Nickel made no apologies after his BBQ, when CTV News Edmonton asked about the absences.

“My supporters and constituents come first. They want to go ahead and do 50 or 60 debates and talk amongst themselves, that’s fine. I’m more interested in talking to people on the streets,” he said.

He gave no other reason why he missed the DBA event.

Nickel did attend a forum in Chinatown on Sept. 14, and said he’ll probably make it to more now that federal election is over.

And while most other candidates have ignored Nickel completely, Oshry criticized him for not showing up.

Hi Mike,
Every time there’s been a debate you have not shown up for a different reason. Are you coming to the next three or four that are scheduled, including the one by the downtown business assoc? Or are you worried about the downtown travel advisory? #yegcc #yegvote

“When they’re losing, it’s back to fear mongering and fabrication,” Nickel responded Thursday.

“And it’s rather disappointing for former councillor Kim Krushell, who in my opinion is nothing more than Steve Mandel 2.0, to be talking like that,” he added when told of Krushell’s Trump comparison.

After answering a few questions Nickel abruptly walked away from a CTV News Edmonton camera as another question was being asked of him.

Krushell believes Nickel is avoiding forums because he doesn’t want to be forced to answer for his time on council.

“Mike Nickel doesn’t want people questioning his voting record. For example, he’s attended a ton of council meetings but he’s missed a ton of votes,” she said. “He is known as being a divisive individual who hasn’t been able to get along with other councillors.”

Edmontonians go to the polls on October 18.

Capacity limits for Ontario restaurants, gyms to end as soon as Monday: sources

Capacity limits on restaurants and gyms in Ontario could be lifted next Monday, as the Ford government considers new measures for establishments that require proof of vaccination certificates, sources say.