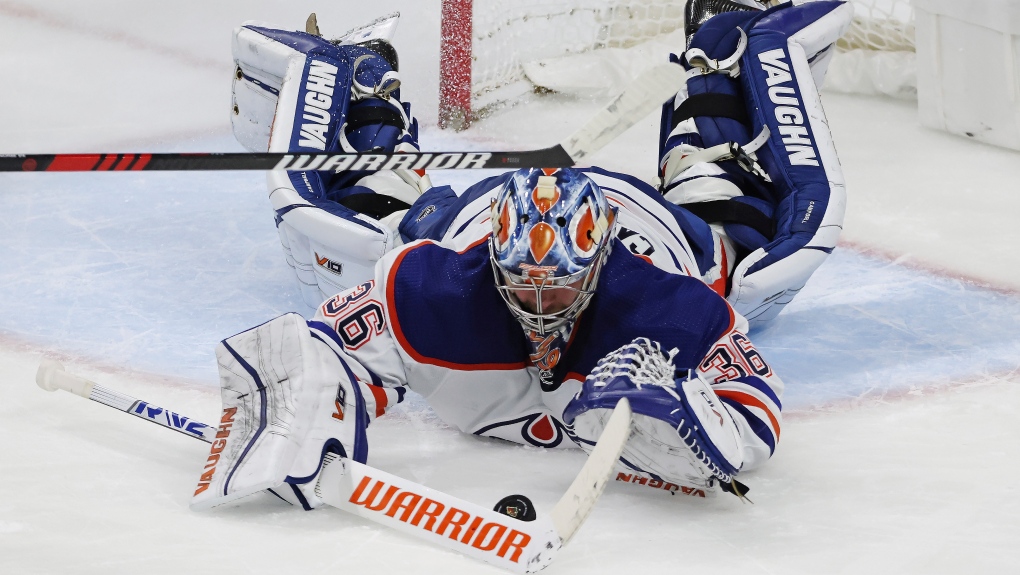 The Edmonton Oilers return home and try to bounce back when they host the Montreal Canadiens on Saturday night.

Edmonton recently had a three-game win streak snapped when it lost to the Minnesota Wild 5-3 on Thursday night.

It was the second game of a back-to-back during a busy stretch for the Oilers.

"I think (fatigue on the second half of back-to-backs) are excuses," Oilers coach Jay Woodcroft said. "For me, we put ourselves in position to play a good game, and it was tight. Found ourselves down, but the team pushed as hard as it could all the way to the very last few seconds. Unfortunately, made too many errors and they ended up in the back of our net."

Despite the loss, Connor McDavid continued his dominance of the NHL with another multipoint night against Minnesota. The Oilers captain has a league-best 43 points this season, with 19 goals and 24 assists.

Speaking after the game, McDavid was pretty disappointed and put team results over his individual totals.

"I think when you're winning 2-1 halfway through the game, you'd like to see you get some points out of it," McDavid said. "We made mistakes and (Minnesota) made us pay."

Leon Draisaitl isn't far behind with 38 points, registering 16 goals and 22 assists for 38 points.

Those two never seem to be a question mark for Edmonton. The same can't be said for the goaltending, which has struggled mightily.

Edmonton's goalies have a combined .893 save percentage and 3.53 goals-against average. Stuart Skinner has been the more effective goalie for the Oilers, seemingly displacing Jack Campbell as the starter, but has three straight games with a save percentage below .900.

The Canadiens, who come to Edmonton after defeating the Calgary Flames 2-1 on Thursday, have not had a goaltending problem.

Jake Allen made 45 saves in the win against Calgary, keeping Montreal in the game long enough for Juraj Slafkovsky and Cole Caufield to provide the necessary offense alongside the goalie's heroics.

"Gutsy win, obviously. It wasn't pretty," Allen said. "They're a really good hockey club. But we had a lot of blocked shots, guys sacrificed a lot, our PK was pretty solid tonight all around structurally I thought from my vantage point. It's one of those games you find ways to win."

Montreal's Sean Monahan made his return to Calgary in that game and had a pair of assists. Monahan never played for the Oilers, but he is a well-known opponent for Edmonton after many "Battles of Alberta" while he was with the Flames.

Montreal recalled forward Rem Pitlick from the AHL on Thursday, but because of travel logistics had to play with seven defenseman and 11 forwards. Montreal is expected to field a more traditional 12-forward, six-defenseman lineup in Edmonton.