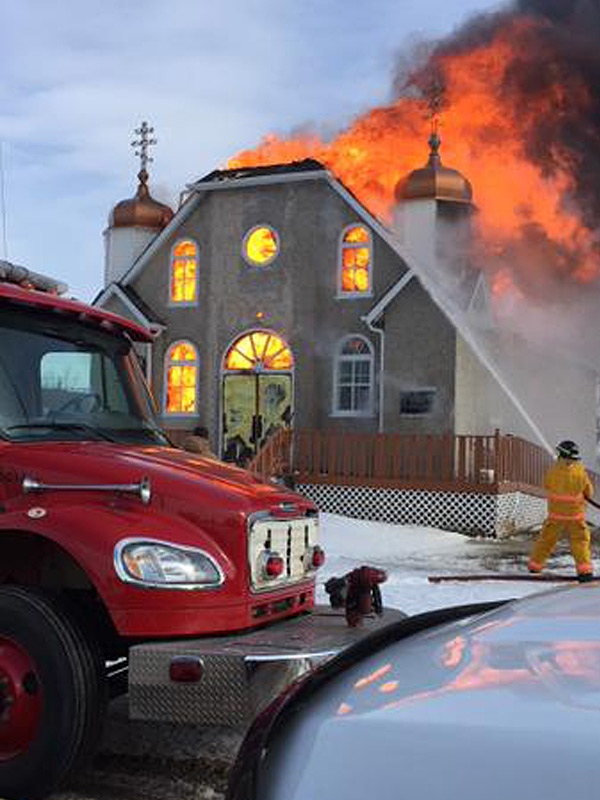 Fire crews were called out around mid-day Saturday to put out a fire at a Thorhild church. Photo supplied.

A church in Thorhild Alberta has been completely destroyed by fire.

According to fire chief Nick Kuzyk, people were inside the church preparing for Sunday’s service when they noticed smoke coming from the ceiling.

By the time fire crews arrived flames were visible.

Kyzyk said the building was a total loss.

Officials believe the cause of the fire was electrical but it is still under investigation.

There were no injuries.

Construction on the church began in 1945. The first service was held in 1946.