Overnight fire at Moxie's Bar and Grill in west Edmonton 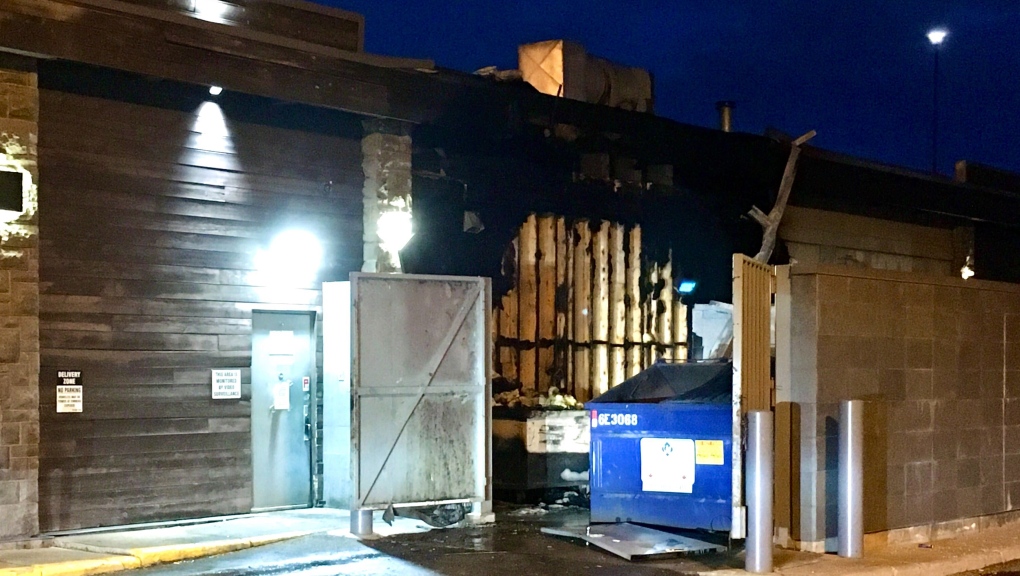 The fire at 100 Avenue and 170 Street was reported just after 3 a.m. According to Edmonton Fire Rescue Services, it was under control within 30 minutes and declared out at 4:30 a.m.

Fire investigators say the blaze broke out in a shed in the trash collection area on the south side of the building. It spread from the wood shed and ignited a nearby plastic shed, grease pit and exterior side of the restaurant up to the edge of the roof.

The flames did not enter the restaurant thanks to the quick work of firefighters.

Officials tell CTV News Edmonton there were no injuries.

The restaurant is temporarily closed and was not offering any takeout or delivery options.

The cause of the fire is not yet known. Damages are estimated to be around $11,000.