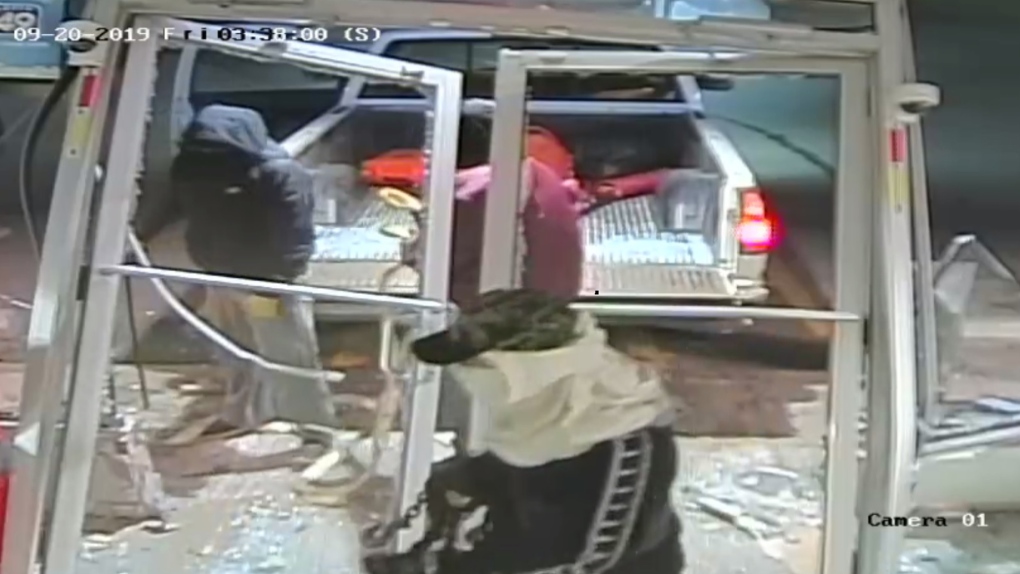 The Esso in Tofield suffered serious damage after a robbery on Sept. 20, 2019. (Source: RCMP)

RCMP are looking for four suspects after the Esso in Tofield sustained serious damage in an attempted ATM robbery.

Around 4 a.m. four people wearing gloves and masks rammed the gas station with a vehicle. One of the suspects was armed with a gun and ordered two employees into another room while they attempted to attach a tow strap to the ATM. 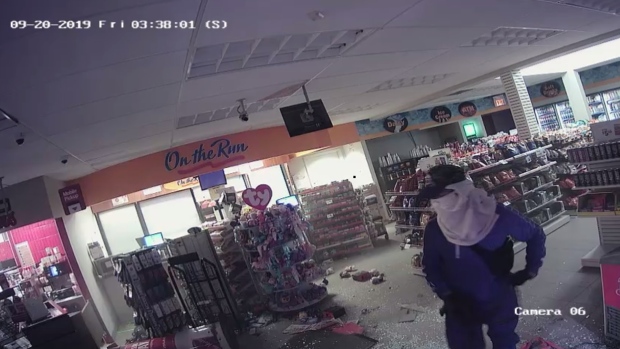 Police arrived on scene before the suspects were able to remove the ATM, and the suspects fled towards Strathcona County in a black pickup. 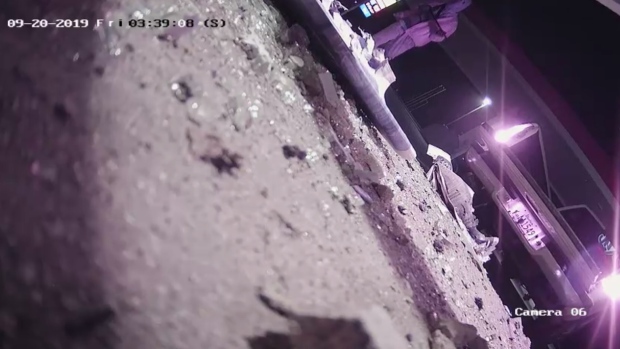 A white pickup was abandoned by the suspects at the scene.

Officers briefly chased the black pickup, but the suspects and the truck are still at large.

Police have not provided a description of the suspects.

None of the employees were injured during the robbery. 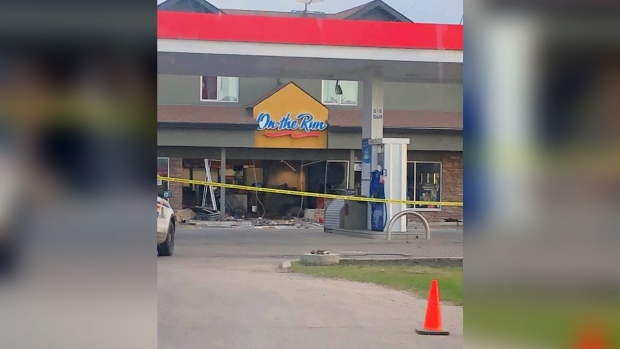 Tofield is about 70 kilometres east of Edmonton.