Under fire code regulations, residential and commercial property owners are expected to ensure buildings are secure and that unauthorized individuals do not live at the site.

"Every fire incident in an unsecured vacant property represents an unacceptable risk to firefighters and other first responders as well as our residents and it's completely preventable," said Rob McAdam, deputy fire chief of public safety.

Should community members notice a property becomes unsecured and vacant, they can report it to 311. The CPST can issue orders to secure the site and if ignored by property owners, the city can carry out any necessary work and bill the owner.

The pilot program began on April 11 and will continue to the end of 2023. It was sparked after EFRS completed a yearly audit of fire events in the city, noticing that fires in empty homes killed two people last year and caused a near-miss to a responding firefighter.

"We specifically looked at what the most dangerous fires are in Edmonton," McAdam said, "and unsecured vacant properties were the leading classification by a wide margin for the first time in history."

In an update on Friday, McAdam said the program is already showing results, with 24 orders issued — concentrating in the Alberta Avenue, McCauley and other northeast Edmonton neighbourhoods.

Of those, McAdam said 10 derelict sites were secured and 10 are going to have access sealed off within the next two weeks. Two properties were demolished after receiving a CPST order and another four submitted demolition applications to the city.

The escalating orders include boarding up a property to the city's specifications, which can cost approximately $5,000.

"It's not as simple as putting up a piece of plywood," McAdam said. "That's easily breached." 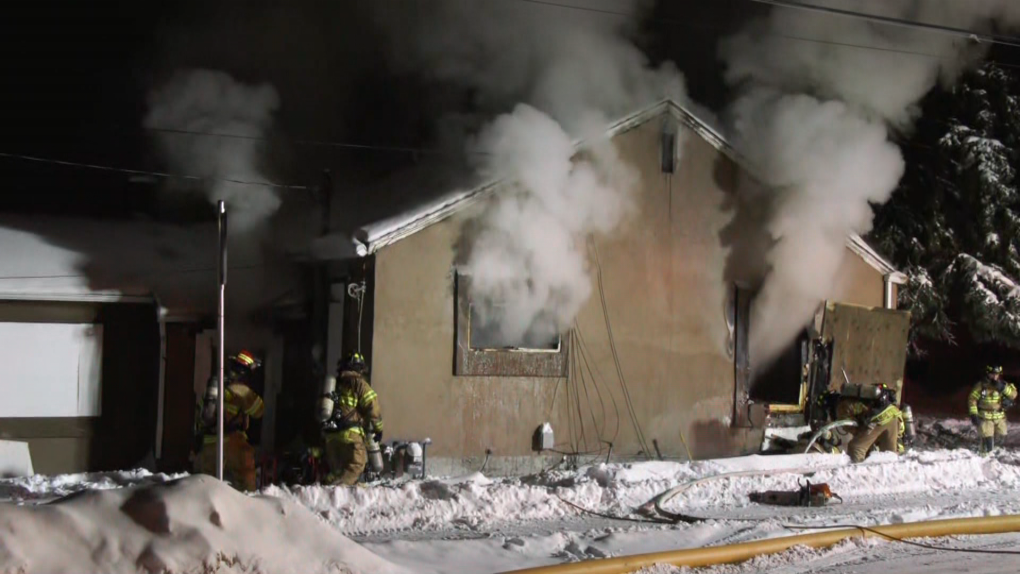 A house located at 119 Avenue and 78 Street in Edmonton where firefighters responded to four fires in recent months. (CTV News Edmonton)

Instead, property owners are expected to cover all potential access points with wooden materials and secure that using framing, glue, screws, and bolts. Then the cover is painted white so inspectors can easily spot if a site has been breached.

If inspectors find the site has been breached again, the CPST can order fencing and security for the property.

"Very, very few properties get to the demolition stage," he added. "(But) we can't put people's lives and firefighters' lives at risk.

"It's very bold. If we want to use the word heavy-handed when it comes to human lives, I'm okay with that."

'GONE ON FOR FAR TOO LONG'

Jody Hogan has lived on Alberta Avenue for most of her life and says the area has been a hot spot for fires in vacant homes since she was a kid.

"The first fire that happened was in the garage and it almost spread over to my parents' garage," she recalled. "It was scary."

For Ashley Salvador, Ward Métis councillor, the CPST program introduces a higher level of accountability for property owners than ever before.

"I'm looking forward to seeing results and I think that for the first time in a long time residents are starting to feel more optimistic," she told CTV News Edmonton.

"It's gone on for far too long," Salvador added. "Residents are really looking for tangible action which is why I'm quite excited about the CPST. I think that's a really bold approach that we will see some results from."

A welcoming side effect of the program is a potential boost to neighbourhood redevelopment projects, the city councillor says.

"Whether they are occupied, derelict, or vacant, problem properties have a significant detrimental impact on the health and safety of those living in them as well as the surrounding community," he said.

As the pilot program progresses, Lallemand expects the city will make a dent in the problems derelict properties pose.

"(Already) I'm seeing greater satisfaction from the community, the reporting that the problem properties that we are getting to are not becoming recurring problems," he added. "So when we're getting there we are actually closing these properties down and they are staying closed."

Russia vetoed a UN resolution Friday that would have condemned its referendums in four Ukrainian regions as illegal, declared them invalid and urged all countries not to recognize any annexation of the territory claimed by Moscow.