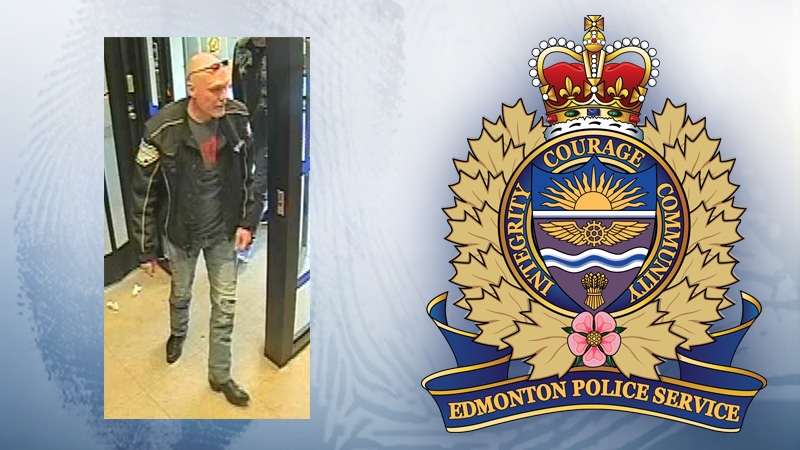 EPS say this man has scammed up to 16 people at northeast Edmonton ATMs between late April and late May. (Supplied)

Police are looking for a man connected to a series of ATM scams in northeast Edmonton.

EPS released photos of a man who has convinced up to 16 people to withdraw money on his behalf between late April and late May.

Police said the man tells victims he has reached his daily withdrawal limit and asks them to deposit an empty envelope he claims contains $800. The victims then deposit it, withdraw $800 and give him the money.

The locations frequented by the suspect included the RBC on 129 Manning Crossing and the RBC at 4000 118 Avenue, EPS said.

“We want to remind citizens to be vigilant when they are at the ATM,” EPS Det. Ivan Dascavich said in a press release. “If you are approached by anyone who asks you to deposit or withdraw money for them, decline, go to a safe location and contact police immediately.”