Edmonton police are looking for help identifying three, possibly four thieves who robbed a northeast vape shop back in November.

“Times are tight,” he said. “Seven hundred dollars is a lot when you’re not even breaking even.”

According to police, the woman and lone employee at the shop was trapped at the locked door and sprayed with bear spray.

“I don't understand why he sprayed her, it doesn't make sense,” Bloomfield explained.

The thieves are described as Black with thin builds and under the age of 20. Police said two of the thieves were men and one was a woman.

The woman was last seen wearing red and black plaid pants and one of the men had red sweat pants with a red and blue jacket. 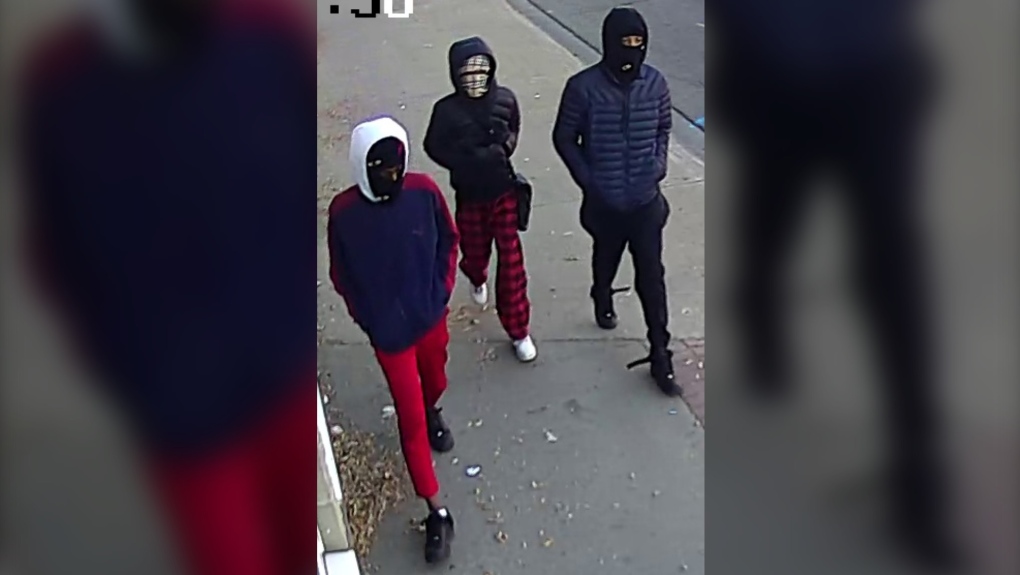 Police said a second woman was in the store at the time of the robbery and stole some items. However, officers say it’s not clear whether she was involved or “took advantage of the opportunity to steal.”

Video of the robbery has been put online by the Edmonton Police Service. Watch it here.

Bloomfield said he’s stepped up security measures at the store and now has employees working in pairs.

“I thought my employee was going to quit on me to be honest... I wouldn't have blamed her if she did.”

Anyone with information regarding the incident is asked to call EPS at 780-423-4567.

BREAKING | Jason Kenney steps down after 51.4 per cent approval in leadership review

Matthew Tkachuk scored a hat trick for the Calgary Flames in Wednesday's 9-6 win over the Edmonton Oilers to open their NHL playoff series.

It has been almost exactly one year since the Tk'emlúps te Secwépemc confirmed evidence of what elders and residential school survivors had been saying for years about missing children being buried on the grounds of the former Kamloops Indian Residential School.

The second strike in CFL history is over. The CFL confirmed Wednesday night that it and the CFL Players' Association reached a tentative collective bargaining agreement.